4 days to go: Ritu Phogat to defend her undefeated streak at ONE Championship on Friday 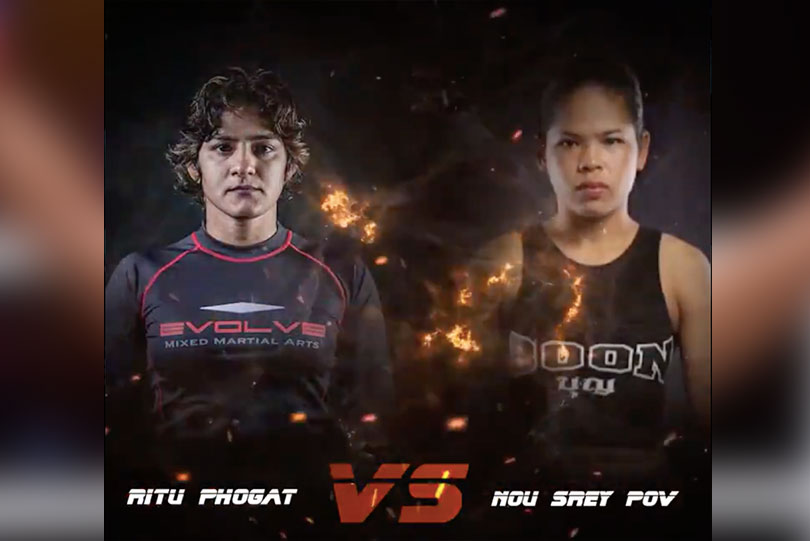 Indian wrestler-turned MMA fighter Ritu Phogat will take on Cambodia’s Nou Srey Pov in ONE: INSIDE THE MATRIX on October 30. Known as Lady Khabib Nurmagomedov by her fans, she is currently undefeated in her MMA career sporting a 2-0 streak in atomweight category.

“It has been an exhilarating prelude to the event because I’ve been away from my family ever since the lockdown has begun. I want to do this for my country and show the rest of the world that India is a powerhouse of MMA talent. We must have begun late, but we’ve made the wait count,” she said.

Are you ready to see your indian tigress in the ring ? Wait is over watch me live at Start Sports select 1, Star Sports select 2 , Disney+ Hotstar & Patchwell App on 30th Ocotober 6PM Need your support & blessings 🙏🏻 #rituphogat #mma #onechampionship

Phogat will draw motivation from former UFC lightweight champion Khabib when she takes on Pov on Friday. She says that they are a big motivation for her.  “Yes, I have been very motivated by him and I watch a lot of his videos. I like his fighting style a lot and I am inspired by him. I aspire to be like him someday”.

Besides her, there are five more match cards scheduled.

The final World Championship showdown will feature reigning Strawweight World Champion Xiong Jin Nan of China making her return to the ONE Circle to take on former ONE World Title Challenger, Tiffany Teo of Singapore.

Two-time former ONE Lightweight World Champion Eduard Folayang of the Philippines will step back inside the ONE Circle to face Australia’s, Antonio Caruso.