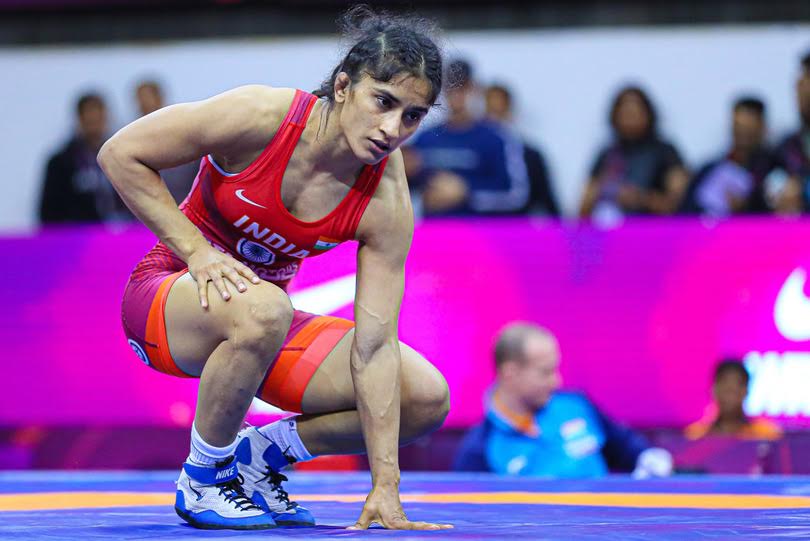 Going into this year’s Asian Wrestling Championships, host India had only one champion — Navjot Kaur in 2018– in the women’s wrestling history of the tournament. But with the kick-off of the women’s competition, the stats changed. In a space of two glorious days, India now has nine Asian Championship medallists.

With podium finishes the Indian grapplers have secured a berth for Kyrgyzstan bound Asian Olympic Qualifiers. They have also entered into the top 10 of UWW world rankings for their respective categories.

Four out of the six women wrestlers are from the Olympic weight categories.

Nirmala Devi’s silver medal finish has moved her to the sixth spot from 24th rank. In the 57kg, Anshu who played her first seniors, grabbed the gold and jumped five ranks to the seventh place.

The 68kg featured another gold medalist in Divya Kakran. She was ranked 21 previously and climbed 15 spots to sixth spot.

Divya was like a tank at the Asian meet. With five entries in the weight category she competed in, Divya won all her rounds by fall and grabbed her first Asian gold.

Although all the women wrestlers raked benefits from their podium finishes, Vinesh Phogat was the sole disappointment loser despite a medal finish. The Haryana-born wrestler has lost her second spot to Japan’s Mayu Mukaidu and is now ranked third.

Apart from these four wrestlers, two grapplers are from the non-Olympic category — Pooja Danda, Pinki.

Pinki competed in the 55kg category and won gold. With her first podium finish, she has entered the top 10 club.

As for Pooja, she lost in trials to Anshu and did not feature in the continental tournament. She is ranked ninth in UWW rankings.