A Look Ahead to the Commonwealth Games 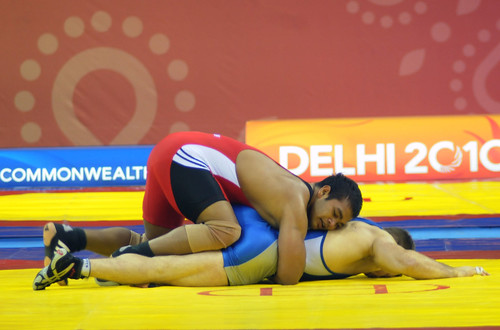 While one of the biggest global events in wrestling is now behind us, there are plenty of regional tournaments to look forward to. The 2020 Tokyo Olympics was worth the wait and the competition on display underlined that wrestling is in positive shape right now.

One of the next major events is just approaching on the horizon with the 22nd edition of the Commonwealth Games set for next year. Birmingham is the destination and there will be plenty of world-class wrestling talent on display.

India was one of the first countries to confirm its participation in the 2022 Games. With potential uncertainty over travel, other nations have been slow to commit but the best of India’s wrestlers and other athletes will be there.

All of the individual countries within Great Britain were also listed to take part while the early declarations also included Australia, Barbados, Jersey, New Zealand, Pakistan, and South Africa.

Clearly, there will be more countries coming on board in the months leading up to the first day of competition in July 2022. For now, it’s a compact list but one that already ensures a competitive scene in the wrestling arena.

India can be very hopeful of a good medal haul in Commonwealth Games Wrestling in 2022. Four years ago in Australia’s Gold Coast, they were the best performing national team and are second in the all-time wrestling table behind Canada.

In 12 overall events, India won five gold medals along with three silver and four bronze. Little has changed in four years and we can be fairly certain that the country’s athletes will start among the favorites in Birmingham 2022.

The betting markets will begin to open shortly and online best betting sites linked to sbo.net will begin to publish wrestling odds from their recommended panel of bookmakers. As of July 2022 approaches, figures will continue to adjust and sbo.net will publish any appropriate changes to those figures.

Visitors to the website can also get involved by placing a bet if they so wish. The panel of recommended bookmakers is happy to welcome new customers and many have sign-up promotions ready to go. A range of deposit options is available to get that new account up and running while efficient customer service is in place for any queries.

News and opinion articles are in place to help readers make an informed decision but what challenges are India, and other Commonwealth countries facing in 2022?

Assuming that they travel to the games, Canada’s wrestling team will pose a stiff test once again. Back in 2018, the Canadians won a total of 10 medals with two golds, five silvers, and three bronze.

Nigeria claimed a total of eight medals but the team won more golds (three) than Canada. The other countries to have won multiple medals in Australia in 2018 were South Africa, Pakistan, England, and Wales.

Previous results are no guarantee of future success but that list includes some of the most successful wrestling nations of all time. Retirements and injuries can have an effect but it would be no surprise to see many of those countries claiming several wrestling medals at Birmingham in 2022.

Format of the Games

Birmingham is England’s second-largest city and is an ideal location for a tournament of this magnitude. They have put in bids for other big events in the past so it’s great to see them finally succeed with a tender.

Sports will take place within Birmingham while many events are also scheduled to be hosted by the neighboring city of Coventry. In regards to the wrestling at the Commonwealth Games, matches will be held at the Coventry Stadium and Indoor Arena.

All freestyle disciplines will take place across several different weight categories and, once again, there will be a total of 12 medals up for grabs.

India may be in pole position and the potential absence of key competitors could help them to add to that tally of five gold medals in 2022. There’s a lot to look forward to and, whatever happens, there’s going to be some thrilling and dramatic action on the mat.