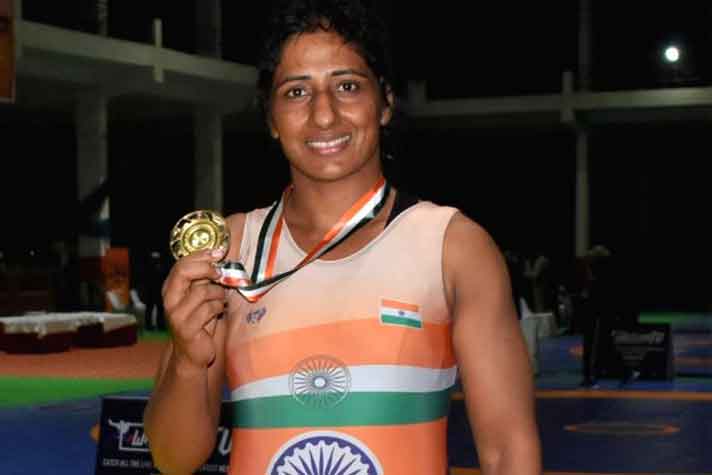 Gursharan Preet Kaur will don an India jersey after eight years and she is not ready to settle for anything less than a gold at the New Delhi Asian Wrestling Championships.  A lot has changed for Gursharan at a personal level and in wrestling since she had last represented the country, at the 2012 Asian Championships.

Gursharan now a mother of a five-year-old is back on the international scene as a 35-year-old – an age when the grapplers, particularly women, make up their mind to hang the singlet. But as the saying goes – ‘When there is will there is a way’.

The seasoned pro from Punjab has made her way back into the national squad competing against a crop of new, young wrestlers. The life in the intervening period has been full of hardships for the single mother.

The family was opposed to the idea of her return to competitive wrestling. But Gursharan never says die attitude and her resolution to provide a better life to her daughter has helped her don the national jersey once again. She agrees that the new pool is talented and will be a challenge but instead of fearing them she draws inspiration from the younger lot and strength from her experience.

“Yes, I am a veteran now, and will be competing against young blood but instead of getting scared, I draw inspiration from them. I learn new things by training with them. Vinesh Phogat and other youngsters inspire me,” Gursharan told WrestlingTV from the training camp in Lucknow.

She has already got the proverbial tag of being the best in her category among the contemporaries with the 76kg National Championship title last year. In the Asian Championships, she will be competing in the 72kg category. The veteran is not much aware about her opponents, except for the fact that the real challenge will be coming from the Chinese and Japanese ladies. But a veteran of 33-India appearances knows what it takes to deliver at the big international stage.

Gursharan is also aware of the fact that a lot of water has passed under the bridge during her eight-year hiatus from international wrestling. “I have donned the blue jersey 33 times but won medals in just 11 tournaments. Those days, women’s wrestling was not given much preference,” she said.

The will be her fourth Asian Championships appearance. The best performance so far has been a fourth-place finish in 2002. Then as a 17-year-old inexperienced prodigy. As a battle-hardened pro, Gursharan is more determined and focused. The confidence comes not just from sporting experience, but also other hardships of life.

She was subjected to domestic violence by a drug-addict husband and would seek solace in wrestling. The conflicts led to divorce and a single mother returned more resolute to her first love – wrestling.

Her mother and employers Punjab Police stood by Gursharan. “My mother and Punjab police were a great help. The Punjab Police allowed me time to practice which has helped me immensely in getting back to the sport,” she says.

“I am completely focussed on wrestling now,” added a happy and content Gursharan, with an unshakable resolve to win a gold for the country. “I am working harder than the youngsters to up my fitness level for the championships.”

Gursharan has also not given up the ultimate dream of any international athlete – to represent the country at the Olympics. She knows now the road to Tokyo will only go through the KD Jadhav Stadium in New Delhi, the venue of the February 18-23 Asian Championships.

“I have lost in the Olympic trials but if I get a gold at the Asian Championships the Olympic dream will stay ignited,” Gursharan signs off. 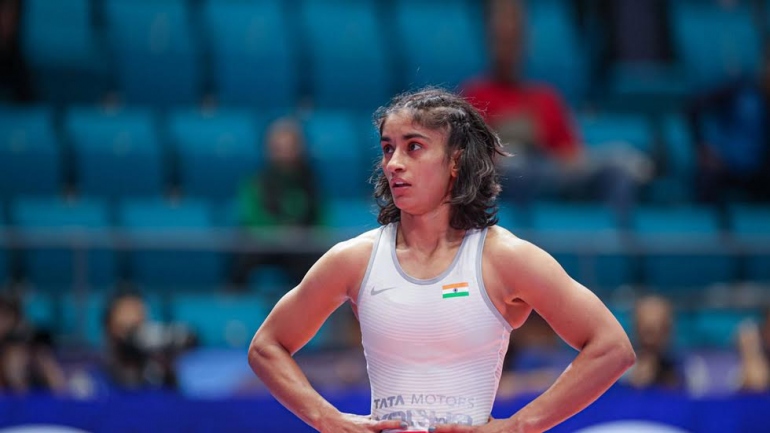 Vinesh wins against Ukranian Yulia in opening repechage round