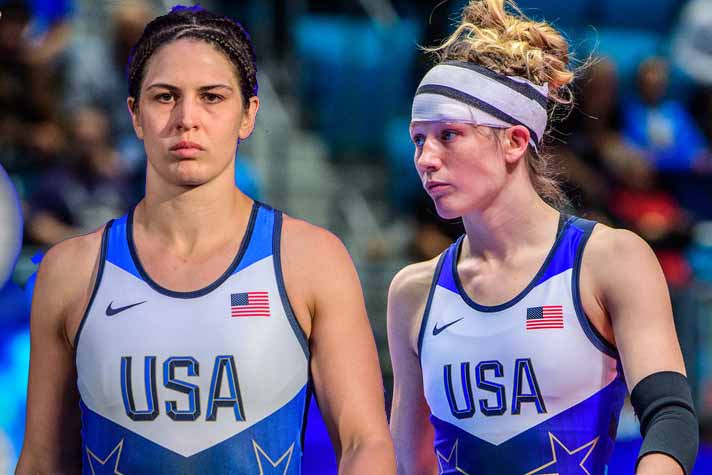 Along with Gray, three other members of the U.S. Women’s National Team will teach at the clinic, led by Adeline. Gray is also nominated for the 2019 Olympic Female Athlete of the Year Award.

We will surely win medals at Tokyo 2020: Geeta Phogat

“Part of our mission at LVWC is to promote wrestling at all levels,” Jeff Buxton, LVWC coach, said in a statement. “As a regional training center for USA Wrestling, we are happy and excited to partner with St. Luke’s as they spread the message of good health and athletic performance, as well as helping our young athletes with the sport of wrestling.”

The Lehigh Valley Wrestling Club and St. Luke’s University Health Network are partnering to produce the first St. Luke’s Wrestling Clinic, which will be held at the new Fitness & Sports Performance Center. The clinic is for male and female wrestlers from grades 3-12.

Cruz, a three-time all-American and NCAA champ at Lehigh, joins Lehigh volunteer assistant coach Zach Rey as clinicians for the male wrestlers. Other teachers include Chance Marsteller, a four-time PIAA champ, and Mario Mason, a three-time NCAA qualifier at Rutgers.

Rey is part of the Lehigh Valley Wrestling Club’s coaching staff. Cruz, Marsteller and Mason are resident athletes at LVWC, which trains Olympic-level wrestlers and conducts clinics in the region.