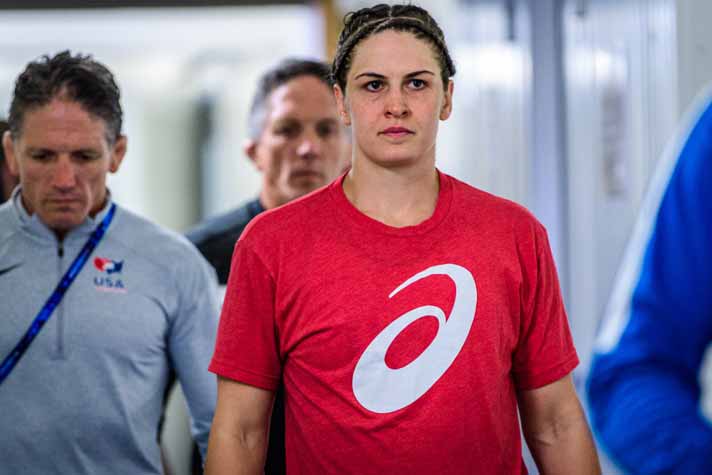 Five-time World Champion Adeline Gray will spearhead the US charge at the UWW Women’s World Cup, to be held in Japan over the weekend. The USA team includes seven members who have represented the country in the 2019 UWW World Team Championships. There are three world champions in the line-up.

Gray is the first US wrestler to win Senior World Championship titles. She has won seven Senior World medals in her career and was a member of the 2016 US Olympic Team.

The UWW Women’s World Cup, scheduled for Saturday and Sunday (November 16 and 17) at the Nakadai Sports and Recreation Park Gymnasium in Narita, Japan, will feature the six of the top eight women’s teams from the UWW World Wrestling Championships 2019, held in Nur-Sultan, Kazakhstan.

UWW had invited the top eight teams for the Women’s World Cup. However, No. 6 ranked Kazakhstan and 8th-positioned Azerbaijan have opted out the tournament.

United World Wrestling extended invitations to the top-eight teams from the 2019 World Championships in Nur-Sultan, Kazakhstan, to attend the 2019 Wrestling World Cup. This year’s event will however feature on six teams, as No. 6 Kazakhstan and No. 8 Azerbaijan have withdrawm from the competition.

The USA, who finished third in the 2019 World Championships, are placed in Group B with the No. 2 Russia and No. 7 Mongolia.

The teams will play each other in the group stage on Saturday, November 16. The title bouts will be decided on Sunday, November 17.

Direct flight from NYC to Tokyo was 13 hours. I slept 10 of them! Got off the plane ready to move so I could sleep. Practiced kindness to my body with lower weight and 90 minutes of warm up exercises before I went through full ranges of motion. Love my team getting their run in behind me. This weekend is about the team! World Cup we are here. . . . . . #womeninsport #wrestlelikeagirl #graytogold #worldcup #legday #lift #hotelworkout #getthetraveloutofme #RDL #planeridelegs #athlete #womeninsportmatter #longtravel