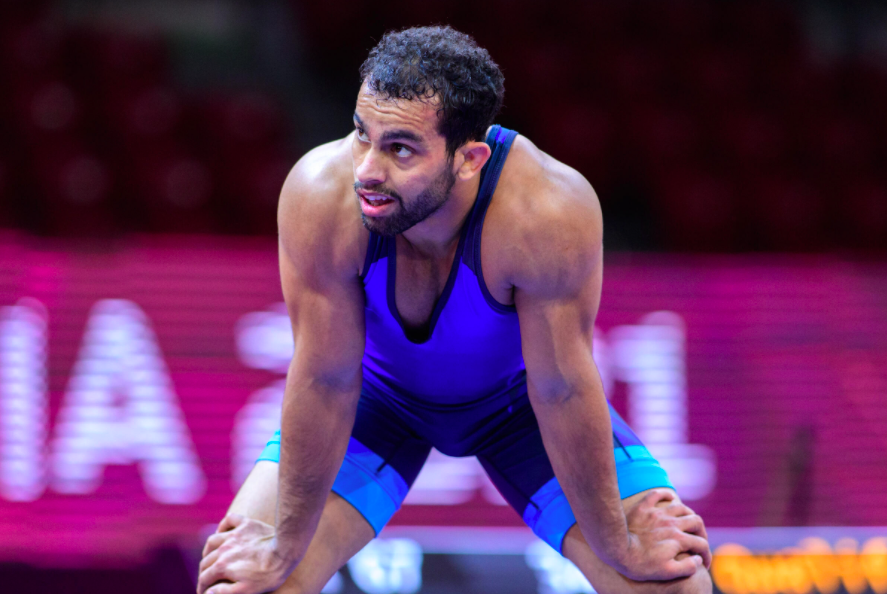 Aker AL-OBAIDI, an Iraqi-refugee currently living, working, and wrestling in Austria has been named to the IOC Refugee Team for the 2020 Olympic Games in Tokyo. The 67kg Greco-Roman athlete will be the first wrestler to compete for the Refugee Team at the Olympic Games.

“This is one of the most beautiful moments in my life, said Al-Obaidi. “I am so happy that this dream has come true. I have imagined this situation so many times. Now I will do everything to be well prepared in Tokyo!“

Al-Obaidi, who holds an Austrian residence permit and has received the full support of the Austrian Wrestling Federation, was able to travel around Europe and attend several major wrestling competitions the past few years, including the 2019 Junior European Championships where he took bronze.

“We are very proud of Aker,” said United World Wrestling president Nenad LALOVIC. “He has worked hard to achieve his goals on and off the mat. We are in full support of his career and share in his excitement for competing in Tokyo this summer.”

“The Austrian Wrestling Federation was key to helping Aker to train,” said Deqa NIAMKEY. “His training partners, and especially his coach Benedikt Ernst were essential in assisting Aker with training, travel, and acclimating to his new life in Austria.”

Al-Obaidi stayed busy on the mats over the last three years, competing in several tournaments including two Olympic qualification events held in 2021.

The Refugee Olympic Team (EOR) includes 25 Refugee Athlete Scholarship-holders from 11 countries who have been living and training in 13 host countries and represents 12 sports. For all official representations of the team (i.e. medal ceremonies) the Olympic flag will be raised, and the Olympic anthem will be played.

Al-Obaidi will take the mats for the 2020 Tokyo Olympic Games on Tuesday, August 3rd inside the Makuharri Messe in Tokyo.