As lockdown takes its toll on wrestling, wrestlers desperate to be back in akharas 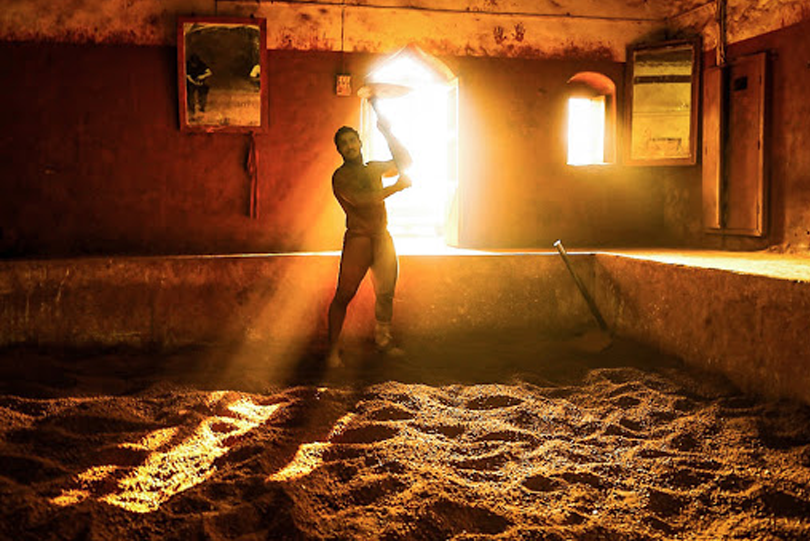 Samsaad, a wrestler for many years and a state-level champion three times, is now preparing to fight at the national level.

Samsaad says, “Our lives have been affected by the restrictions owing to the corona infection. We could not practise adequately which has affected our speed. In the absence of wrestling bouts we have suffered financially and we could not have a proper daily diet”.

Samsaad believes it will take at least a year for the wrestlers to return to the arena.

All the wrestlers have been confined to their homes due to the lockdown in the wake of the pandemic. Wrestling bouts in different states could not take place and as such the physical condition of the wrestlers has gone down. Their finances have also been badly hit.

Wrestling is the oldest sport in the world and is believed to have originated in India. Indian wrestlers have performed extremely well in the last decade and many wrestling arenas in the country have also played an important part in earning a name for these wrestlers.

Recognized by the Sports Authority of India and the Wrestling Federation of India, in Delhi’s Guru Jasram Akhara some wrestlers have started coming for their workouts. Everyday nearly 100 wrestlers used to come and workout before the lockdown. But at present, merely 20 wrestlers come to the akhara to exercise and practice.

In the akhara, people in the age group of 12 to 30 years and above take part in wrestling bouts.

Before entering the akhara, wrestlers first go in for extensive workouts. But now the wrestlers have gained weight which has affected their performance. They are toiling for long hours to regain their original rhythm.

Guru Jasram Akhara manager Neeraj Choudhary told IANS, “Wrestling is the lifeline for wrestlers. Having a wrestling match in the arena helps them financially. A wrestler cannot practise with a dummy, his speed is greatly affected.”

“Actually a wrestling bout is organized mostly in the villages where it is held in sand, it influences the youth and promotes awareness. It also promotes the coming up of new wrestlers,” he added.

“We hope that the situation becomes normal as soon as possible and wrestlers return to the sporting arena. However, it is important to follow whatever guidelines the government sets in view of the coronavirus,” he said.

Before the lockdown, wrestlers used to go to different states from the akhara for wrestling bouts for most of the week. But now they are being forced to sit at home.

“New-age children left wrestling during the lockdown and those children who started wrestling lost out on their practice. If a wrestler skips one workout, it has an effect on him for the whole week. The wrestlers have been at their homes for the past six months.”

“The cost of a day’s food for a wrestler ranges from Rs 500 to Rs 700. The diet contains ingredients like milk, almonds, raisins, fruits, juices, etc.”

Guru Jasram Akhara wrestlers have won medals in the Olympics, Asian Games, Commonwealth Games, Arjuna and Dhyanchand awards. Guru Jasram, who was himself an international level wrestler, founded this akhara in 1970. No fees are charged from wrestlers in the akhara.

The aim of this akhara is to produce as many wrestlers as possible for the country.