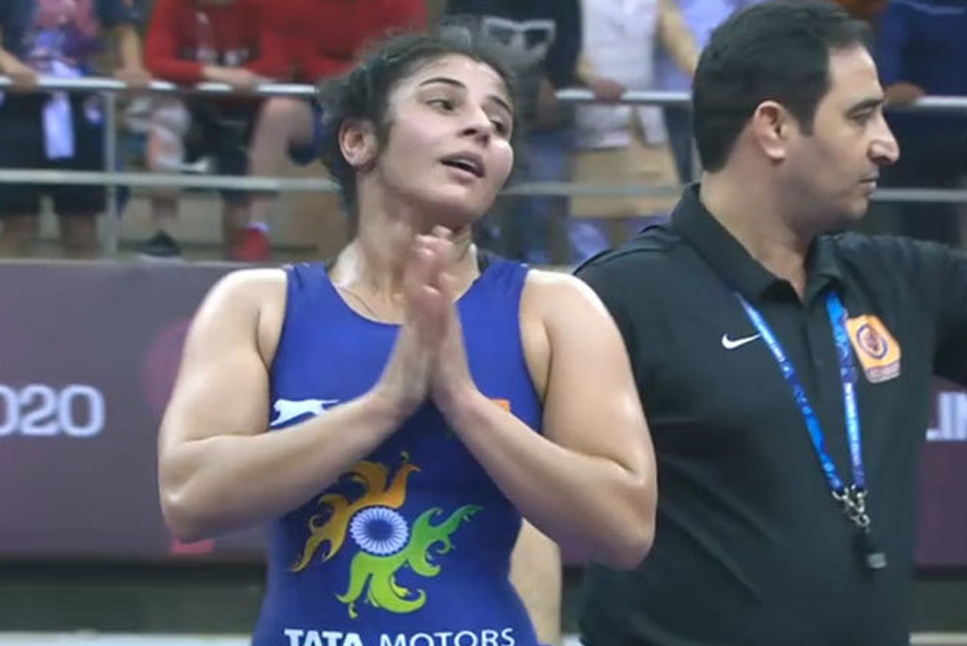 Sarita, who won gold at the 2020 championship in New Delhi, lagged 1-7 after a botched up challenge but turned it around with a tremendous fight back against Mongolia’s Shoovdor Baatarjav.
Attempting a move at 1-3 on the edge of the mat, Sarita lost her balance, allowing her rival to get one point. However, the Mongolian’s coach challenged the call to get her ward four points.From there on, there was no stopping Sarita. She effected a take-down, following it up with an expose and then one more take down on the edge of the circle to make it 7-7.At that juncture, time running out fast, the Mongolian camp challenged the call and lost that to give an extra point to Sarita, who won 10-7.

“It was difficult since she is the 2018 World Championship bronze medallist but I had prepared myself for this bout against the Mongolian. I lost to her in the first bout but I executed the plan in the final against her,” Sarita told PTI.

Asked if it’s a consolation to do well in 59kg since she is not getting enough results in 57kg, which is an Olympic category, Sarita did not agree.

“No, I am doing well at 57kg. I won a silver in the recent Ranking Series event in the 57kg. It’s just unfortunate that I could not make the cut at the 57kg Olympic trials. I am confident I would have done ever better.

“I feel strong in both the categories,” she added.

Sarita had lost her opening bout to the same Mongolian rival by 4-5 margin but came back strongly in the next round against Kazakhstan’s Diana Kayumova, winning by technical superiority in the first period.

The lanky Kazkah had good reach but Sarita was agile and aggressive. After earning a passivity point, Sarita unleashed a flurry of moves, starting with a take-down and followed that up with a gut-wrench and a couple of expose moves.

Against Kyrgyzstan’s Nuraida Anarkulova in the semifinal, Sarita was again aggressive from the beginning and finished the bout in a jiffy with quick expose moves after getting hold of her opponent.

In the 50kg competition, Seema had a terrible start as she lost her opening bout by fall against Kazakhstan’s Valentina Ivanovna but made a strong comeback in the next round against Mongolian Anudari Nandintsetseg.
Trailing 0-2, Seema got on board with a passivity point and a take-down. She never looked back after that, winning more points by employing gut-wrench and eventually won 7-3.

She faced a stiff challenge from Uzbekistan’s Jasmina Immaeva in the semifinal which she lost 2-3. The Indian then beat Taipei’s Yung Hsun Lin by technical superiority to win the bronze medal.

In 76 kg, Pooja won her first bout 2-0 as the Korean Seoyeon Jeong was too passive and followed that up with a victory by fall against Uzbekistan’s Ozoda Zaripboeva.

She, though, was no match to Elmira Syzdykova in the semifinals as Kazak pinned her with a stunning move .Pooja clinched the bronze after winning 5-2 against Korea’s Seyeon Jeong.

In the 68kg, Nisha was ousted after losing both her bouts by fall.

Despite dominating a major part of her second round bout that she led 6-0 with right leg attacks, Nisha lost to the Korean Eun Sun Jeong. She had lost her first round to Mongolia’s Delgermaa Enkhsaikhan.