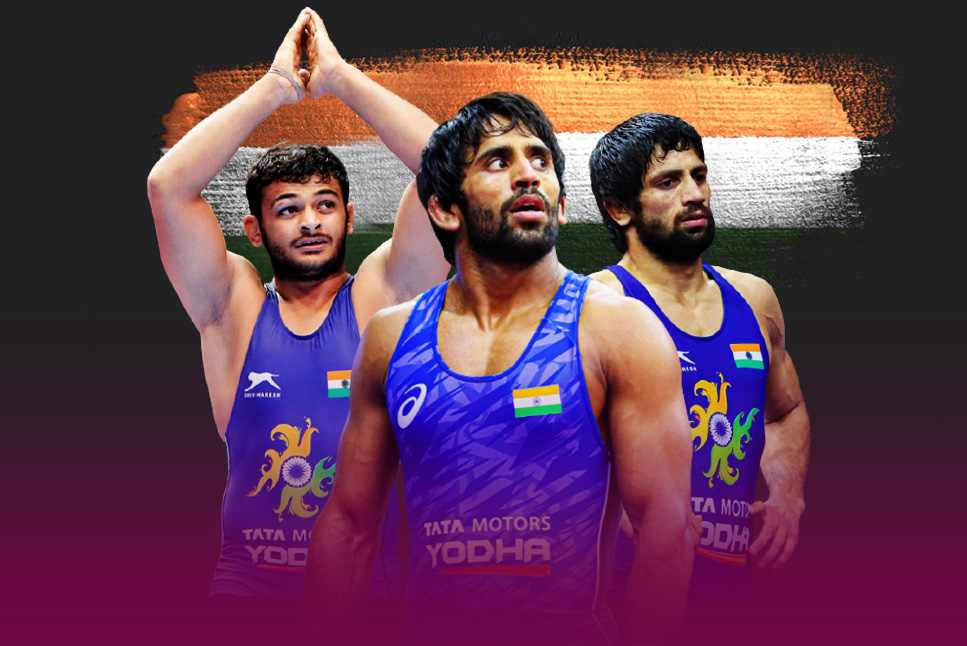 Asian Wrestling Championships: The Indian women wrestling team ended their Asian Championship on a high note after bagging six medals in Almaty Kazakhstan. India’s ace wrestler Vinesh Phogat (53kg), Anshu (57kg) and Divya Kakran (72kg) bagged gold, while Sakshi Malik (65kg) had to settle for silver. The focus now shifts on men’s freestyle where India’s biggest Olympic medal hope Bajrang Punia begins his campaign. He has already qualified for the Tokyo Games in 65kg along with Ravi Dahiya (57kg) and Deepak Punia (86kg). The competition will be a good testing ground for the trio in build-up to the quadrennial event.

Ravi Dahiya will be one of the favourites for a podium finish as the defending champion eyes his first medal since February 2020. And it seems like a possibility given the field is relatively bare as most of the heavyweights like 2019 world bronze medallist Nurisalam Sanayev (KAZ) and twin Asian medallist Yuki Takashashi (JAP) withdrew from the competition. The biggest threat to Ravi’s campaign will be the 2019 Junior Asian Champion Yuto Takeshita (JAP).

Bajrang has been in red-hot form since his return to wrestling. He claimed the world No.1 spot after bagging gold in the Ranking Series last month in a depleted 65kg division. But he will be up for a task this time as his arch-nemesis Takuto Otoguro (JAP) and Daulet Niyazbekov enter the field.

Sandeep Mann had a disappointing end to his Asian Qualifiers campaign after he was knocked out in the semi-final. The youngster still lacks the experience and a big competition like the Asian Championship will be fruitful for him ahead of the World Qualifiers in May. But it will not be an easy task for the young Indian. He will have to wrestle his way past the likes of Keisuke Otoguro (JAP), Moustafa Mohabali Hosseinkhani (IRI) to bag his first medal at the international scene.

Deepak Punia is yet to return to his pre-lockdown form. While there were a glimpse of it at the World Cup held in Serbia last year, he still lacks match time to tap into his full potential before the quadrennial event. World Champion Hassan Yazdani (IR) is also making a return to the event after missing out on the 2020 competition. Japan’s Hayato Ishiguro will be another wrestler to keep an eye on.

Satyawart Kadian has his task cut out. After missing out on the Olympic qualification, he will set his eyes on the May-scheduled World Qualifiers. The 12-men bracket will be headlined by Alisher Yergali (KAZ) and Takashi Ishiguro (JAP).

Sumit Malik will have to pull his socks up in order to make it to the Tokyo Games. The heavyweight wrestler would want make the most of this competition before heading back home and began preparations for the worlds.