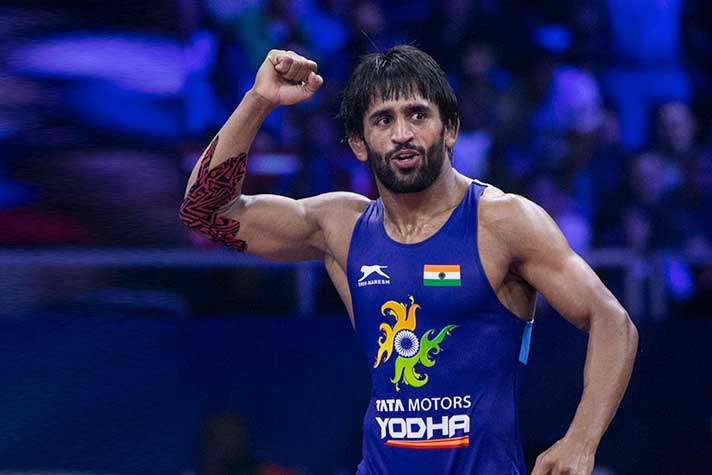 The World No 2 in 65kg is going to tie the nuptial knot with Sangita Phogat on November 25. He will hardly have time to spend at home.
Bajrang is likely to travel to the USA in the first week of December. “We are just relaxed and looking forward for the competition. Bajrang has a 10-year visa which was issued to him in 2015. As for me, I don’t need a visa to fly to the USA,” Shako said.
Besides Bajrang, there are seven wrestlers who will be taking part in it. They are Jordan Oliver, James Green, Anthony Ashnault, Joey McKenna, Evan Henderson, Pat Lugo, Bryce Meredith.
The Indian wrestler is currently training at the men’s national camp in Sonepat.  Coach Shako is satisfied with the ongoing training, but believes the foreign trip will keep his ward in better shape for the upcoming events including Olympics. “He is training with wrestlers from other weight categories including 74kg at the moment. It is going on fine but I hope international flights resume and we get a chance to train abroad.”