Bajrang Punia, Vinesh Phogat yet to get jobs as Haryana govt struggles to keep its promises 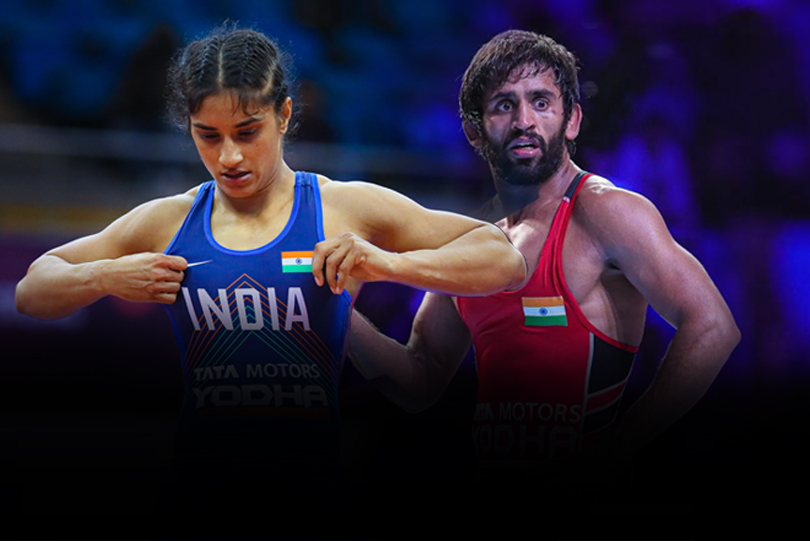 Haryana is known as the sporting hub of India. The state has produced multiple international medallists including Sushil Kumar and Yogeshwar Dutt who won a medal at the Olympics. Under the Haryana Outstanding Sportspersons scheme, the state government offers jobs to medal winners who hail from the state. However, some elite athletes such as world medallists Bajrang Punia and Vinesh Phogat are yet to hear from the government.

According to the notification dated September 5, 2018, Asian Games gold medallist will be appointed Group A (Class-I) while silver medallist at Asian Games and Commonwealth Games champions will be given Group A jobs other than Haryana Civil Service and Haryana Police Service.

Many elite athletes kept their end of the bargain– winning medals, but the Haryana government is yet to keep their word. According to a report by Hindustan Times, all the medal winners of 2018 Asian and Commonwealth Games including Vinesh, Bajrang and Neeraj Chopra await their applications to be accepted.

It is not like the elite athletes of India struggle to make a living for themselves as they are busy preparing for the Tokyo Olympics. However, a government job secures their post-retirement future.

In 2019, the state government appointed over 30 athletes who won silver (team events) and bronze (team, individual) medals at the Asian and Commonwealth Games. Those were in the lower Group B and C categories. The gold medallists though continue to wait.

Bajrang, who is India’s best bet for an Olympics medal at Tokyo next year, said, “Anyone can evaluate my sporting credentials and see where I stand in the sports policy. I have two Asian and Commonwealth Games medals, including gold in each, and I have won three medals at the world championships. I should get my due,” the HT report added. The 26-year-old wrestler added, “I am ready to work in Haryana provided I get a job commensurate with my credentials”.

Haryana’s sports and youth affairs department director SS Phulia said the applications were critically examined and forwarded to the office of the Chief Secretary, Keshni Anand Arora. In June, Arora reportedly asked 13 department heads for details on vacancies, to make sports quota appointments in Group A category. Some officials feel the problem is of the government’s own making, the Hindustan Times reported.

“There are many loopholes in the policy for recruiting outstanding sportspersons. It is a largely populist move to suit the political masters. That is why till date the government which formed the policy has failed to make appointments of Class I officers,” a senior official on condition of anonymity told Hindustan Express. “Haryana is a sporting powerhouse.. so it would not be possible to accommodate so many players in HCS. The best option is to give them Group A posts”.