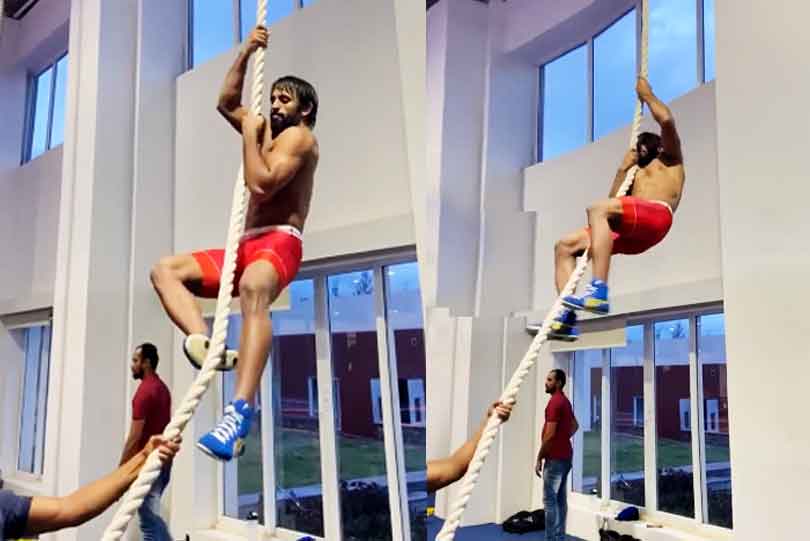 The men’s wrestling camp at Sonepat gets over in eight days, and wrestlers are making the most of the left time. Keeping with the Sports Authority of India’s (SAI) SOP’s, dummy training is the new normal at the camp. Bajrang Punia, on the other hand, is working on strength building and improving counter-attacks. His coach Shako Bentinidis understands that without sparring it is tough to train in a contact sport, so they are mostly concentrating on refining their techniques. “We are trying to manage keeping in mind the SOP given by the SAI. Contact sports will be difficult without contact without saying. But we are working on techniques and counterattacks. Mostly dummy training. We are trying more in the gym to get more substance in our training,” he said.

Wrestlers in five freestyle categories — 57kg, 65kg, 74kg, 86kg, and 125kg – and those in the 60kg, 77kg, and 87kg weight groups were shortlisted for Greco Roman for the month-long camp that has been sanctioned by the SAI until September 30. Upon arrival, the 26-wrestlers were quarantined for 14-days and were tested for COVID-19.

Four wrestlers, Deepak Punia (86kg), Navin (65kg), Krishan Saroha (125kg) and Rahul Aware (57kg), were tested positive. They were shifted to an SAI empanelled hospital. While Rahul Aware has returned to the camp, Punia, Navin and Saroha were disallowed to train at the SAI centre.

A sources at the SAI centre said, besides the Maharashtra wrestler, the other three will not be allowed to train at the SAI premises for now. “Only Rahul Aware will be allowed back in the camp as he cannot return to Pune due to the Covid protocols. Others will not be allowed to join back until we work out the protocol for recovered athletes,” the source told WrestlingTV from Sonepat camp.
Meanwhile, seven wrestlers have joined the camp as replacements for those who skipped or left the camp for varied reasons. After staying in quarantine, they have begun training from Tuesday onwards.