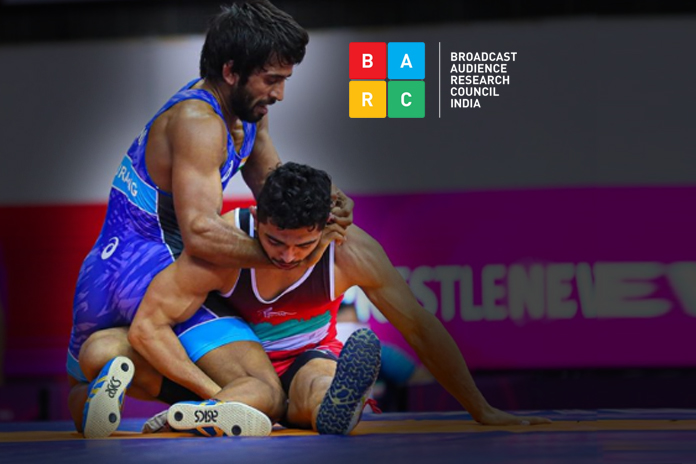 Wrestling along with Kabaddi is the key contributors after cricket as sports channel audience has registered a 17% year on year growth in viewership minutes in India during 2019. Football, which had the second best broadcast duration share after cricket in 2018, has failed miserably, reveals the Broadcast Audience Research Council annual report ‘What India Watched (in) 2019’. But, Wrestling and Kabaddi are emerging as the next best mass sports in terms of TV content consumption in India. Wrestling content comprises of both WWE and Olympic Wrestling which is sponsored and powered by Tata Motors Commercial Vehicle Unit and benefiting from a host of national icons constant presence on the scene, has been a revelation as a television sport. The traditional and oldest combat sport has received 7% of the total broadcast time, but managed to fetch a 6% share in overall viewership minutes. Despite predominantly being a rural sport and majority of its icons coming from smaller towns or villages, wrestling gets 52% of its audience share from urban masses. This augurs well for a sport that has its traditional fan base among rural population.

On the other hand Kabaddi backed by extreme marketing promotion of the Mashal Sports’ Pro Kabaddi League, co-owned by Star Sports, has fructified to a good extent. Nine minutes of broadcast duration share during the year has fetched kabaddi 8% of the total sports viewership. In spite of a massive reach on major Star Sports network channels, kabaddi gets 71% of its total audience from rural India. Cricket content on Indian sports channels had the 44% of total broadcast minutes during the study period, expectedly resulting in the highest 79% sports viewership share. Live cricket broadcast garners a giant’s share of 58% of the total pie, with the pre-match, mid-innings and post-match shows and repeat broadcast accounting for 21%. 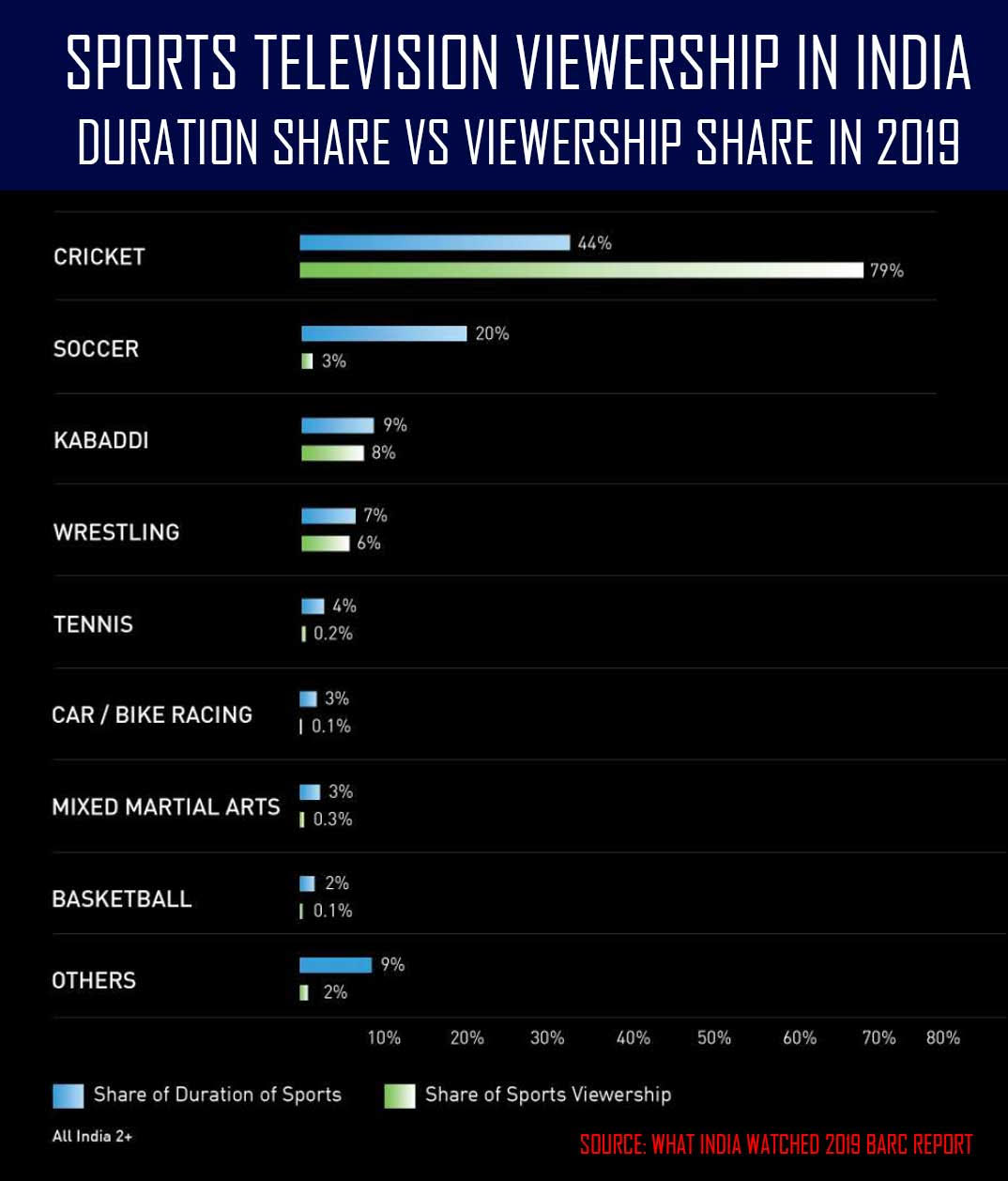 However, in spite of the best push by the broadcasters, football content has failed to meet expected conversions. Sports broadcasters, in spite of Star Sports being a stakeholder in Indian Super League and Sony Pictures Sports Network broadcasting major European content, have collectively attributed 20% of the total airtime to world’s most-watched and followed sport. But the outcome – a mere 3% viewership share – leaves a lot to be desired. Kerala (21%), North-East India including Assam and Sikkim (20%) and West Bengal (11%) remain the major markets for football. Rest of India accounts for the remaining 48%.

The other sports portfolio which includes sport of badminton, tennis, motorsports fan base and properties like NBA will still need to do a lot to get any worthwhile acceptance in sports television audience in the country. A collective 9% duration share for other sports has resulted in a negligible 2% audience of the total sports viewership minutes watched on television in India during 2019. Sports continuing with the trend of its growing share, has accounted for 3.2% of the total television audience in India – highest in the past four years.

Pakistani and Chinese wrestlers won’t face any problem in getting visas: WFI 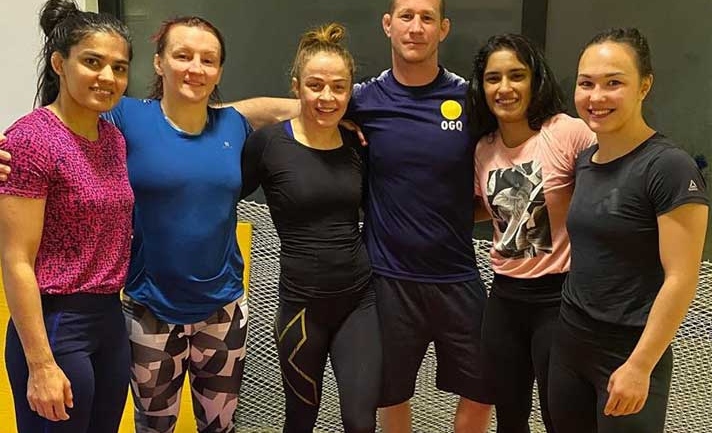