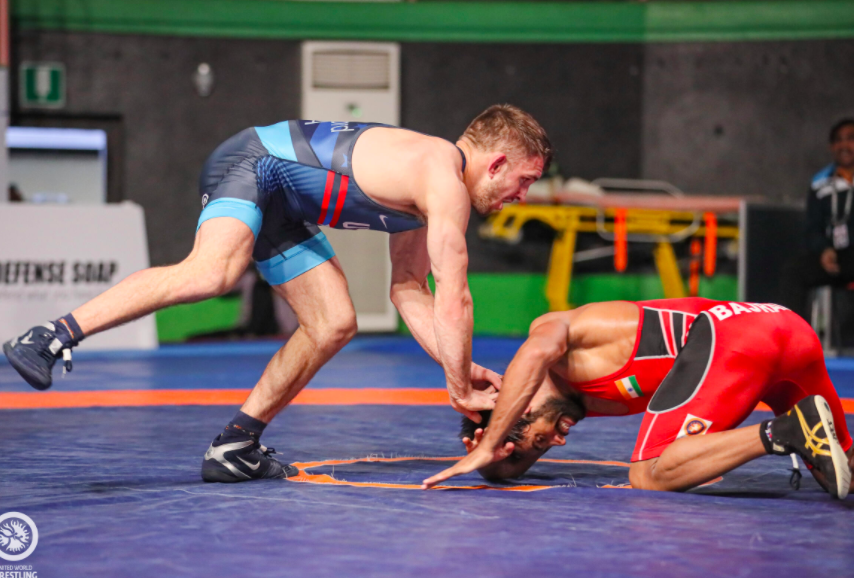 Zain Retherford beat Bajrang Punia. Yes, as shocking as it is, the result is true. India’s three-time world champion Bajrang Punia lost to unranked US wrestler Zain Retherford in an exhibition match organised by Rofkin. It was a rematch from Matteo Pellicone United World Wrestling (UWW) ranking tournament held 11 months ago in which Punia won the game, where the Indian wrestler won 5-4.

But it was a different case in Michigan. Punia is known for his array of offensive attacks but it was his US counterpart who went on the attack with low double-legs, the key in the second period notching the takedown and immediately finding a leg lace for two more points en route to an impressive 6-0 victory.

It would be interesting to see how this new rivalry in 65kg ensue at the Tokyo Olympics. While, Bajrang has qualified India in the light middleweight category, courtesy of his bronze medal finish in 2019 World Championship, the US is yet to book a berth for the 65kg slot.

Retherford has just one more chance to make it to Tokyo at World Olympic Qualifiers.

The World Olympic Qualifier will remain in Sofia but has been moved one week later to May 6-9. The Pan Am Championships in Rio de Janeiro and the Poland Ranking Series events will remain unchanged.