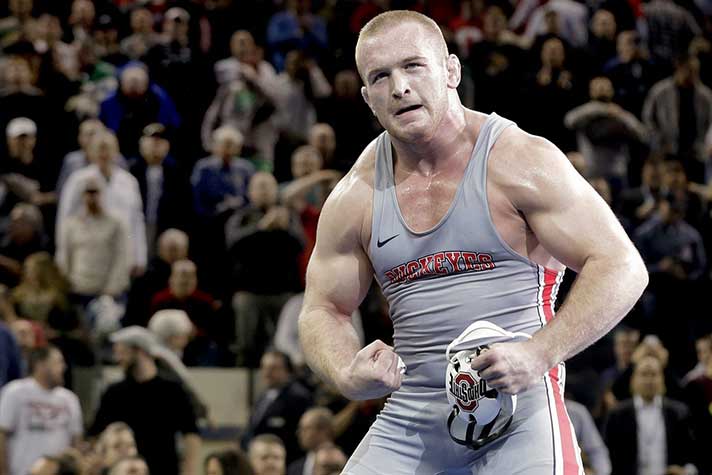 The Bill Farrell International tournament concluded with Kyle Snyder giving dominating performance to win the expected gold in the 97kg category. As expected no one in the category could match Snydrer’s class and power as he easily overpowered Michael Macchiavello 10-0 to win the finals.

The tournament featured only the six Olympic weight classes and the finalists were some of the finest upcoming wrestlers from USA. With five Olympic Team Trials spots on the line, everyone came ready to battle. Unlike the women and Greco-Roman category where few wrestlers outside USA entered finals, all men’s freestyle finals were competed between American wrestlers.

In the 57kg, Seth Gross started the finals off in impressive fashion, dominating Nathan Tomasello in an 11-1 technical fall victory. Gross who has moved down from 57kg from 61 executed stellar shot defense, and despite getting to his legs, Tomasello was unable to finish. Gross controlled the hand fighting as well and took a 7-0 lead into the break on the strength of five step outs and a takedown. In the second period, Tomasello managed a step out, but Gross would put the match away with two more takedowns.

Gross said he knew that weight cut was going to be difficult, so he gave himself ample time to prepare.

“It’s been a long process. I’ve been working on getting down for two or three months now. It’s not like oh this week I’m cutting that off, it’s been slowly shrinking my body down and getting where I need to be so that I can get out here and compete, not get out here and fall over my first match. It’s been a big focus, a lot of discipline.”

Alex Dieringer was another wrestler dealing with a weight change. However, he went up instead of down. After spending the last two seasons at 79 kg, Dieringer won his debut tournament at 86 kg with a 7-2 victory over Myles Martin in the finals.

“I’m still as strong as all those guys, if not stronger. It’s good. Obviously I’m not dominating like I am at 79, but it takes time. I’ve got to get used to the new weight, and I think I will as time goes on,” he said.

65 kg featured another rivalry match, where Jordan Oliver defeated Frank Molinaro, 8-6. Molinaro defeated Oliver for a spot on the National Team in May at the World Team Trials Challenge Tournament. Oliver credited stylistic change in being a difference maker this time around.

“Looking at my wrestling from when he beat me at the World Team Trials, there was no savviness. I wasn’t physical. I wasn’t clubbing him back. I was a more finesse J.O. last year, and sometimes things got to get ugly. And I understand that, but it took me a hard lesson to understand that,” he said.

At 97 kg, Kyle Snyder was dominant with a 10-0 technical fall over Michael Macchiavello. Snyder was already qualified for the Olympic Team Trials, so Macchiavello punched his ticket as well when he won his semifinal match. Macchiavello  moved up from 92 kg.

The final match of the tournament featured Gable Steveson taking out six-time National Team member Dom Bradley. Steveson, who is currently No. 2 on the National Team, controlled the match for a 4-1 decision.