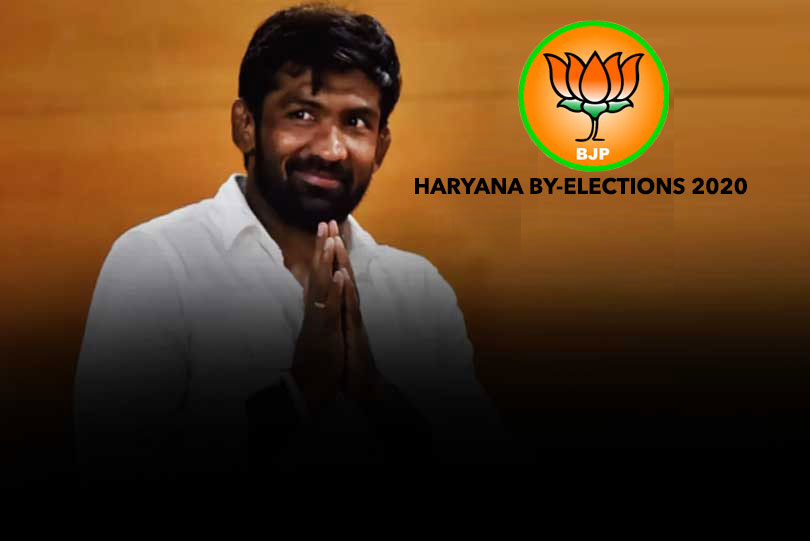 The ruling BJP on Thursday named party leader and Olympic medallist Yogeshwar Dutt as its nominee for the bypoll to the Baroda assembly constituency. According to a party statement, the wrestler-turned-politician will contest the November 3 bypoll from Baroda seat in Sonipat.

The last date to file nomination for the bypoll is Friday.

The bye-election was necessitated due to the demise of Congress MLA Shri Krishan Hooda in April. In the 2019 assembly polls, Dutt had lost to Hooda from the seat. Till about midnight, the Congress was yet to announce its candidate for the seat.

Earlier in the morning, some sports personalities including BJP leader Babita Phogat, Sakshi Malik, Geeta Phogat and Dutt had met Chief Minister M L Khattar in Delhi. The sportspersons batted for Dutt”s candidature for the Baroda seat, which the saffron party has never won.

Khattar earlier said that the party’s state unit had discussed 25 names, but shortlisted four and sent it to the party high command.

The party on Thursday evening announced Dutt”s name for the seat.

The wrestler-turned-politician, who hails from Bhainswal Kalan village in Sonipat district, had joined the BJP in 2019 ahead of the state assembly polls.

Ahead of the next month”s bypolls, Dutt has been actively campaigning in the constituency.

The leaders of the BJP, which is contesting the bypoll with the backing of its ally Jannayak Janta Party, have exuded confidence that they will wrest the seat from the Congress.