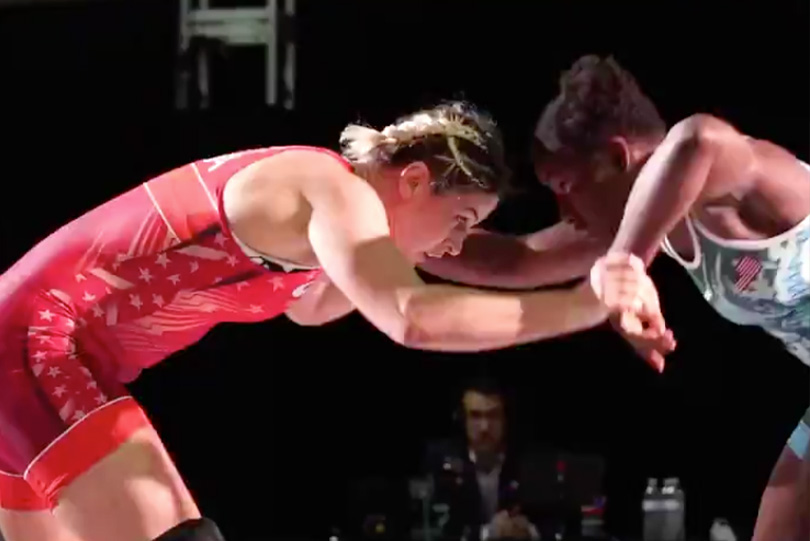 In the main event of a star-studded FloWrestling card in Texas Gray went into the bout as the strong favourite due to her size and extra experience, having not lost to another American since 2012.

In the battle of world champs, Tamyra Mensah-Stock is able to shut down Adeline Gray and win 4-0.

But the five-time world champ Gray this time could not stop 68kg world champion. Mensah Stock was aggressive from the start. Her speed and agility was sight to watch as she won 4-0 without giving any chance to Gray for a comeback.
Both have already booked quota places for Tokyo Olympics for USA.
Jaden Cox also shows form at the FloWrestling event:
There was also a win for J’den Cox, as fans got a chance to assess the progress of some of the Team USA Olympic hopefuls for the Tokyo 2020 Games, following a break from competition due to the Covid-19 pandemic.Cox beat Hayden Zillmer 6-2 at 97kg, in what wasDespite trailing 1-0 after the opening period, Cox exploded into life in the final period to go up 6-1. Zillmer added a late pushout, but he had no answer for the Missouri native’s superior skills.Cox will likely take on Olympic champion Kyle Snyder for a place on the Olympic team at Tokyo 2020.

The grudge match between Jordan Burroughs and David Taylor that was supposed to co-headline in Texas has moved to Lincoln, Nebraska on Wednesday night.