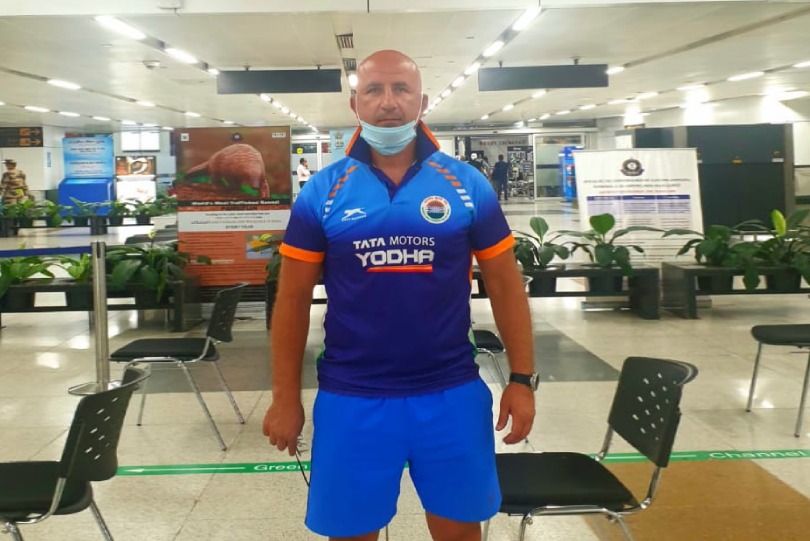 Just two more weeks, before Bajrang Punia reunites with his coach Shako Bentinidis. The Georgian coach landed at Indira Gandhi international airport in New Delhi on Thursday night and will now be put under quarantine for 14-days. After this, he will be flying to Bangalore to join Bajrang and Jitender at Inspire Institute of Sports where the duo has been training for past one month. “I will be put under quarantine for 14 days, after which I will fly to Bangalore,” he said.

Shako had left India in March after the national camps were suspended in wake of covid-19. But with less than a year to go for the Tokyo Olympics, he decided to return to India and begin preparations for it. He had contacted Wrestling Federation of India (WFI) and Indian Embassy to permit him to fly.

After sorting the permission to fly in the extradition flight, Tata Motors had booked the tickets for Air India. “The flight is meant for Indians stranded in Georgia. However, we spoke to the Indian Embassy and explained to them the need to fly us out. Wrestling Federation of India (WFI) coordinated with Air India,” he said.

Shako said that they will begin training for each opponent separately whenever they resume training together. “When we resume training we will change the characteristics of the training and will prepare for each opponent individually,” he said adding that their goal is to win India its first Olympic gold medal. “We do not have to keep in top shape for a whole year but we need to be fit and hit the peak by the time Olympics arrive. This is the most important thing for us”.