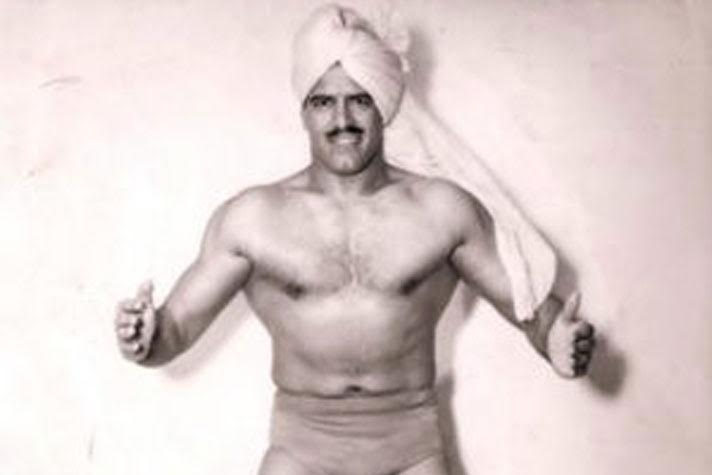 Today is the 91st birth anniversary of the legendary Indian wrestler turned actor Dara Singh. On the day, twitter is flooded with tributes from fans and Bollywood for the much loved India’s first wrestling (Kushti) star Dara Singh.

Rishi Kapoor was the first one to paid tribute to the 1959 Commonwealth Wrestling champion who was considered as epitome of power and strength.

Happy Birthday Dara ji Singh saheb. Had the pleasure of seeing him wrestle “Sky Hi Lee “live in Mumbai and work in couple of films. The most humblest,kind and affectionate man on planet Earth.A phrase was coined- “Apne aap ko Dara Singh samajhta hai?”What a tribute to the legend! pic.twitter.com/HGOihtOknI

Deedar Singh Randhawa, broadly often known as Dara Singh, was a wrestler turned actor. He was recognized for his well-built physique, voice and naturally his candy smile. Dara Singh was born in a Jat household on November 19, 1928 to Balwant Kaur and Surat Singh.Few details about this wrestler-turned-actor will amaze you.

Dara Singh was included in WWE Hall of Fame in 2018

In Year 2018, Dara Singh was Inducted Into WWE 2018 Corridor of Fame along with some of the greatest names of wrestling world. Watch the video.

Wrestler – As a toddler, Dara Singh had an enormous physique and therefore he was inspired to be taught the Indian type of wrestling (Kushti) , pehlwani. He started his wrestling coaching under Harnam Singh within the Nice World Stadium in Singapore. He has competed against the biggest names of the wrestling world Verna, John Da Silva, Rikidōzan and plenty of others. His 53inch chest was the biggest talking point in the wrestling circles those days.

Acting – Dara Singh began as an actor in 1952. He made his performing debut with the movie titled Sangdil. For few years he worked as a stunt movie actor. However Dara Singh shot to fame for essaying the role of Hanuman within the adaptation of the Hindu epic Ramayan.

Mollywood – Do you know Dara Singh has also worked in a Malayalam film? Yes, he had made a special appearance in the film Mutharamkunnu P.O. (1985) and the movie had come in limelight mainly because of his appearance as a wrestler.

Politics – Dara Singh joined BJP in January 1998 and was also the first sportsperson to be nominated to the Rajya Sabha. He served as the member of the parliament between 2003-2009.

Last Feature Film – Dara Singh was last seen in the film Jab We Met that starred Shahid Kapoor (Aditya) and Kareena Kapoor Khan (Geet) in the lead. He played the character of Geet’s grandfather in this movie