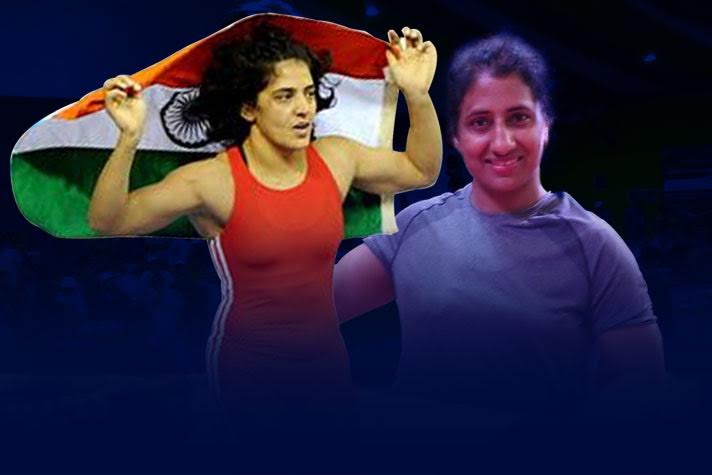 The 2019 Tata Motors Senior National Wrestling will be remembered for the grit, passion and spirit of the two wonder mothers of the Indian wrestling. The wonder moms, Anita Sheoran and Gursharan Kaur took away all the limelight on the day 2 at the nationals from the likes of Vinesh Phogat and Sakshi Malik by winning gold medals in their respective categories. 2010 Commonwealth Games gold medal winner and now mother of 1, Sheoran defeated Asian Games medallist Divya Kakran to win 68kg finals. In the 76kg category Punjab’s Gursharan Kaur who is a single mother raising a three-year-old girl was making a comeback after six long years off the mat won the Gold medal in the 76kg category.

Sheoran decided to bid goodbye to the sport once she failed to qualify for the Rio Olympics in 2016 as she decided to raise a family. Now the mother of 2 year old kid, the champion did not give up on her dreams as this time she decide to battle it out in the 68kg category, the olympic weight class against the much younger opponents. Kakran was strong favorite to win the national title once again in the category but the iron lady from Haryana ended up surprising her with aggressive style of wrestling. The Asian Games 2018 bronze medallist Kakran looked helpless as as she lost the finals 1-5 to Anita Shoeran. In an interview to one of the English daily day before the event, Sheoran was quoted saying that, “During pregnancy I gained a lot of weight and was over 90kg, when my baby turned one, and had been weaned off, my husband motivated me to give wrestling a try again. Initially I was reluctant, but a couple of months later I was on the mat. I spent the first-four months of my return in shedding out the extra kilos and after that it was a smooth transition back to wrestling again.”

If Sheoran’s story failed to give you goose-bumps, just read about Punjab’s Gursharan Kaur. Kaur was turning to mat after 6 long years. She is a single mother raising a 3 year old girl. Her journey of struggles made her as committed as anyone else. Her hunger and commitment was too much for any of her opponents to match. Kaur defeated Pooja Sihag to make a golden comeback to her wrestling career.

Kaur completely dominated the finals against Sihag as she won the gold by 4-2 and was completely elated by her efforts. After the finals Kaur in an interview to WrestlingTV revealed the plans about her next target.

“I am so happy. My daughter inspired me to return to mat. I was expecting a podium finish but winning gold is something beyond even my dreams. I want to now qualify for Olympics. I assure I will try my best and I think I can gain Olympic quota place”.