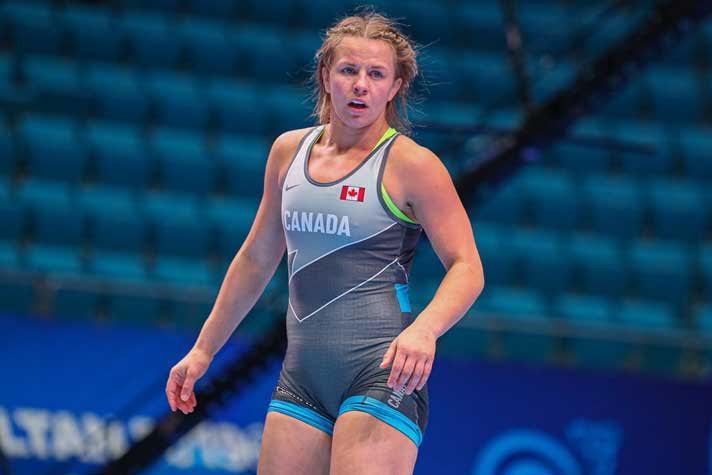 Erica WIEBE (CAN) has been on the record saying she thought chasing her first Olympic gold was the hardest thing she’d ever do. But after winning gold in Rio, the Canadian’s tone changed, saying pursuing her second Olympic title is a more difficult task. The future hall of famer’s quest to become the first non-Japanese woman to win two Olympic gold medals officially begins this Friday at the two-day Canadian Wrestling Team Trials in Niagara, Ontario, Canada.

The process for Wiebe to make it to the Tokyo Olympic Games is relatively simple, but it’ll be no easy task to do so. First, she has to win the Canadian Wrestling Team Trials. Then, she has to qualify the weight at the Pan-American Olympic Qualifier (March 13-15)

Wiebe’s first step in repeating her run to an Olympic gold begins this week in Ontario, where she’s entered at 76kg. Her weight class will feature five other wrestlers, including Canada’s last two world team representatives at 72kg, who are moving up to the Olympic weight of 76kg.

Wiebe and Di Stasio met earlier this year in the finals of the Canada Cup in Calgary, where Wiebe scored the 7-5 come-from-behind win. In that June meeting, Wiebe trailed 3-2 heading into the closing period, but the Olympic champion outscored the world champion, 5-2, and secured the gold medal with the 7-5 victory.

Outside of the massive storyline at 76kg, another weight to follow will be 57kg. Linda MORAIS, the reigning world champion at 59kg, will make her descent down to the Olympic weight with hopes is chasing Olympic gold in Tokyo. Morais will be met at 57kg by Hannah TAYLOR and Alexandra TOWN. Taylor is fresh off a bronze-medal finish at the U23 World Championships, while Town is a year removed from handing Canada their first-ever women’s wrestling U23 world gold medal.