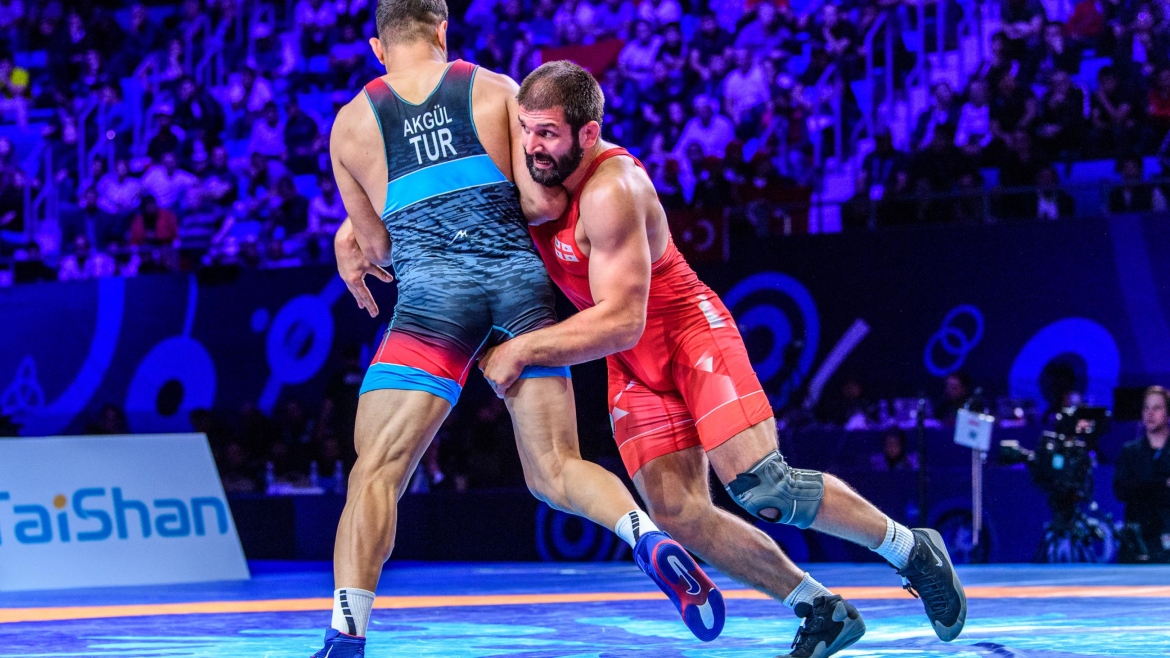 European Wrestling Championships: When it comes to heavyweight wrestling rivalries, few capture the attention of fans more than “Taha vs. Geno” the multiyear joust between future Hall of Famers Taha AKGUL (TUR) and Geno PETRIASHVILI (GEO).

Combined, their trophy cases include an Olympic gold medal, Olympic bronze, five world titles and eight European golds. The pair of dominant legends have claimed every world or Olympic title since the ’14 World Championships and every continental gold medal since the ’12 European Championships.

The career-long rivals have met again and again in their quest for continental supremacy – a ballad of wills that’s likely to be repeated at this week’s European Championships (April 19-25).

“It doesn’t matter what round we meet in the tournament; our matches are always close. He’s definitely my hardest opponent,” said Akgul, the Rio Olympic champion.

Since their first meeting at the ’11 Yasar Dogu, they knew the talents the other possessed. Akgul said, “I knew right away that he’s a strong opponent. We have a very similar physique and wrestling style.” Geno added, “He’s a strong sportsman. In every aspect, whether it’s a physical, technical or tactical – he’s a well-rounded wrestler.”

Akgul won that initial meeting at the ’11 Yasar Dogu and held the upper hand in the rivalry until the ’17 World Championships. Prior to that epic Paris meeting, Akgul had a stronghold on the weight class. He won five European gold medals and summited the 125kg podium at the ’14 and ’15 World Championships before grabbing Olympic gold in Rio.

The momentum shifted in the rivalry on the final night of the 2017 World Championships when Geno overtook Akgul in the 125kg finals. Petriashvili trailed 4-0 with two minutes left but stormed back to upset Akgul in what many fans consider one of the sport’s greatest heavyweight matches.

Since that momentum-shifting win in Paris, the 27-year-old Georgian added a pair of world golds to his resume, but it hasn’t all been smooth sailing. Geno momentarily surrendered supremacy after falling to Akgul, 7-0, in the gold-medal match at the ’19 European Championships. Five months later, in their latest meeting, Petriashvili stopped Taha from winning his third world title and claimed his third consecutive 125kg world crown.

Freestyle wrestling at the European Championships begins on Monday (April 19), but 125kg action starts on Tuesday, with the finals taking place on Wednesday night. Depending on how the brackets play out, this means we could see the Geno and Taha rivalry renewed as early as Tuesday morning.