Sadulaev, popularly known as the ‘Russian Tank’, will be facing Macedonian wrestler Magomedgadji Nurov in the first round. In their last meeting Saudlaev had demolished Norov’s challenge in the 2019 World Championships quarter-finals. 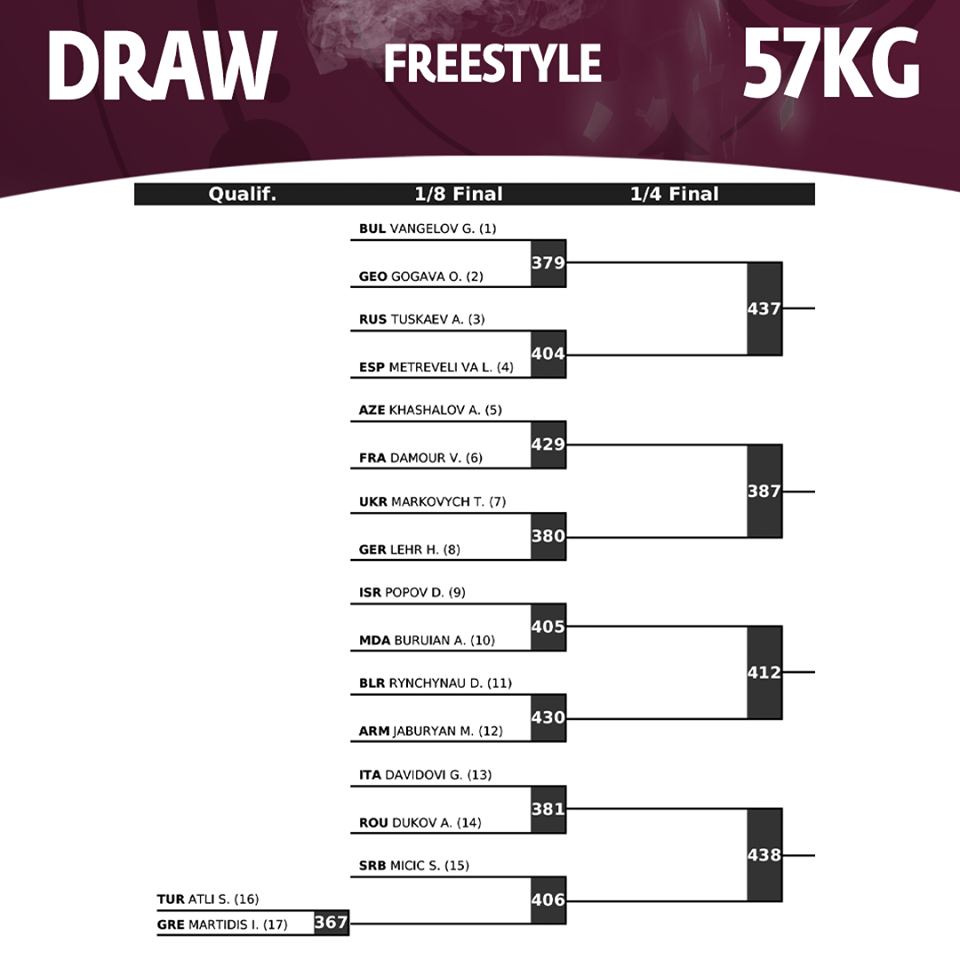 In the 57 kg bouts, World N0. 2 Suleiman Atli of Turkey will be the man to watch out for. He will start his 2019 European Championship campaign against Ioannis Martidis of Greece. Russia’s Azamat Tuskayaev is seen as another tough contender and tipped to meet Atli in the final if the games progress on expected lines. Bulgaria’s Georgi Vangelov, Georgia’s Otari Gogava and Azerbaijan’s Afgan Khasalov are the other prominent contenders in this weight category. 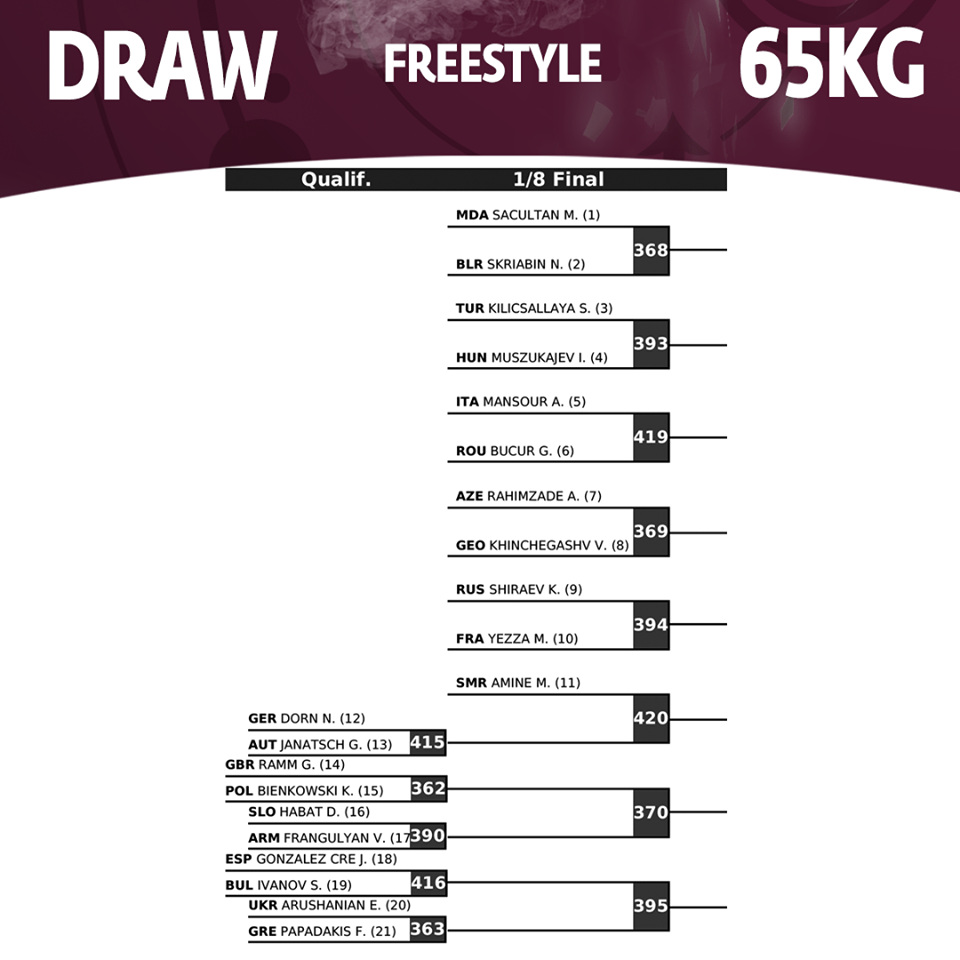 The 65 kg bouts will witness Olympic champion Vladimir Khinchegashvili from Georgia starting against Azerbaijan’s Ali Rahamzade, who has a European title and a 2018 World Championship silver medal under his belt. The duel between Nur-Sultan World Championships bronze medallist Izmail Musjukaev of Hungary and Turkey’s Selahhattin Killicsalayan will also be a match to look forward to. Selahhattin won Bronze in the Rome Ranking series in January and had bagged Silver in the last edition of the European Championships 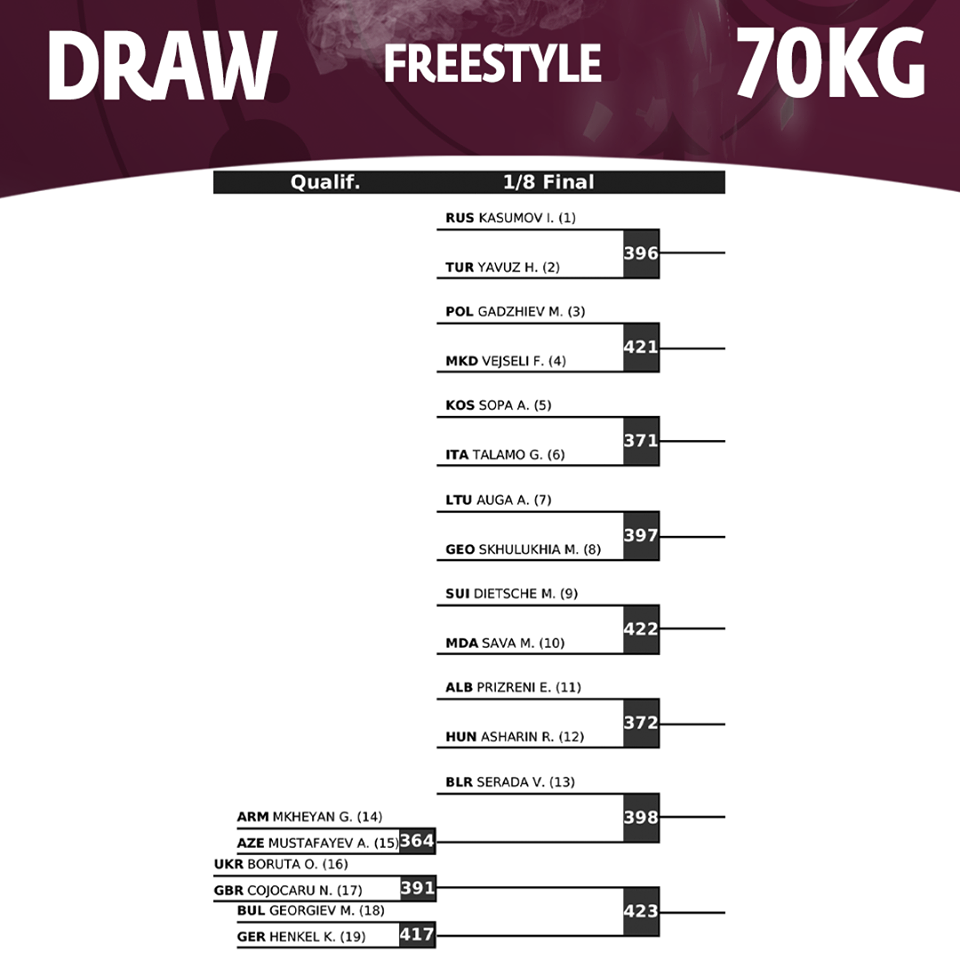 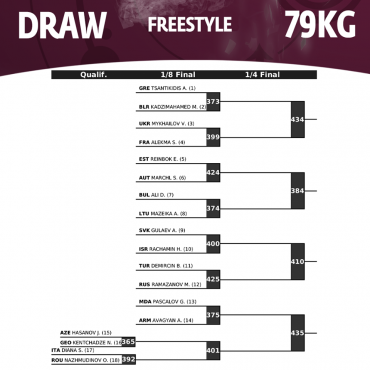 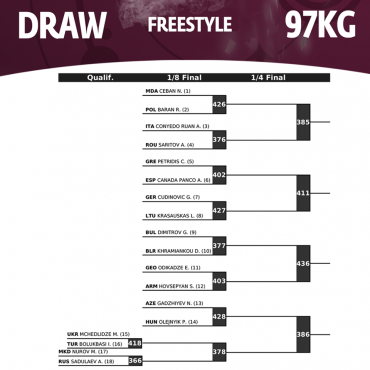 Russia’s Magomed Ramazanov, currently in good form, and defending champion Dzhabrail Hasanov of Azerbaijan will be the centre of attraction in the 79kg bouts. They two have a high chance of meeting in the semis if they defeat their respective opponents. Belurus’s Magomedhabib Kadimagomedov will also be a player to keep an eye on as he takes on Greece’s Alexandros Tsankidis in the prelims.