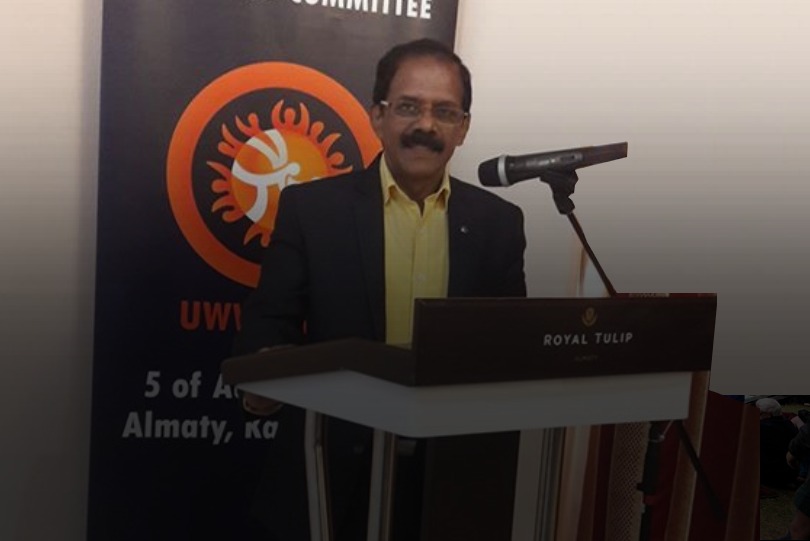 Wrestling News: Unlike in North India, wrestling is fairly new to the southern part of the country. It is for this reason, South India is yet to make its presence felt at the national level. Kerala wrestling president VN Prasood said lack of coaches and proper facilities has made it difficult for them to promote wrestling at the local level. “Coonoor, Pullicat, Kottayam and Ernakulum have some good wrestlers in Kerala but lack of facilities and coaches halt their progress. I have requested SAI and WFI to enroll more South Indian coaches for NIS certification courses”.

The former national wrestling champion also holds local clinics to help the sport grow in Kerala. “We have some really good wrestlers. And in the past four-five years, many south Indian wrestlers have managed to reach the national camp. It is a good sign for us,” he told WrestlingTV.

Here is an excerpt of the interview:

WrestlingTV: Tell us about yourself a little. and when did you become the President of Kerala Wrestling President?

Prasood: I won the presidential election in 2017. It is a four-year term and will be contesting for the next one in 2021. Before this, I was a wrestler myself and have won many national championships. I was also a Grade 1 referee for United World Wrestling (UWW).

WrestlingTV: How are you helping the sport to grow in Kerala?

Prasood: South India has a good talent pool. Karnataka is the best followed by Telangana and Kerala. Tamil Nadu is somewhere in the between. In my state, there are 14 district federations, and hold inter-district tournaments every year. The champions are then scouted for the state camp of 50 days after which they are sent to national championships. We also hold local clinics for wrestlers and coaches to help the two interact and understand each other’s role in wrestling. Besides this, we are promoting women wrestling too. In Coonoor, girls are a bit aggressive and indulge in a lot of fights. So we are helping to channel that energy in something good like wrestling. And it is proving good.

WrestlingTV: What districts in Kerala are good at wrestling?

WrestlingTV: Why do you think south India struggles to produce good wrestlers?

Prassod: Lack of facilities and coaches are the main reason. Also, we do not have many north Indian coaches too as they tend to look for jobs in native places. So, I have asked the Sports Authority of India (SAI) to enroll more coaches from this reason too for the NIS certification course. It would benefit us as there would be no language barrier plus wrestlers will be more comfortable too.