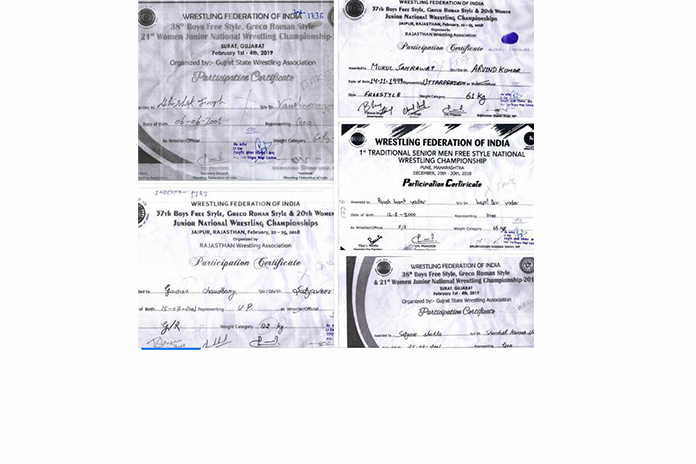 October 10, 2019 0Comments 2794Views 0Likes
The Wrestling Federation of India (WFI) has unearthed fake certificates scam by few junior wrestlers. According to a report published in leading English newspaper – Tribune,  WFI has come across fake certificates furnished by few junior wrestlers applying for the jobs with Services Sports Control Board (SSCB) 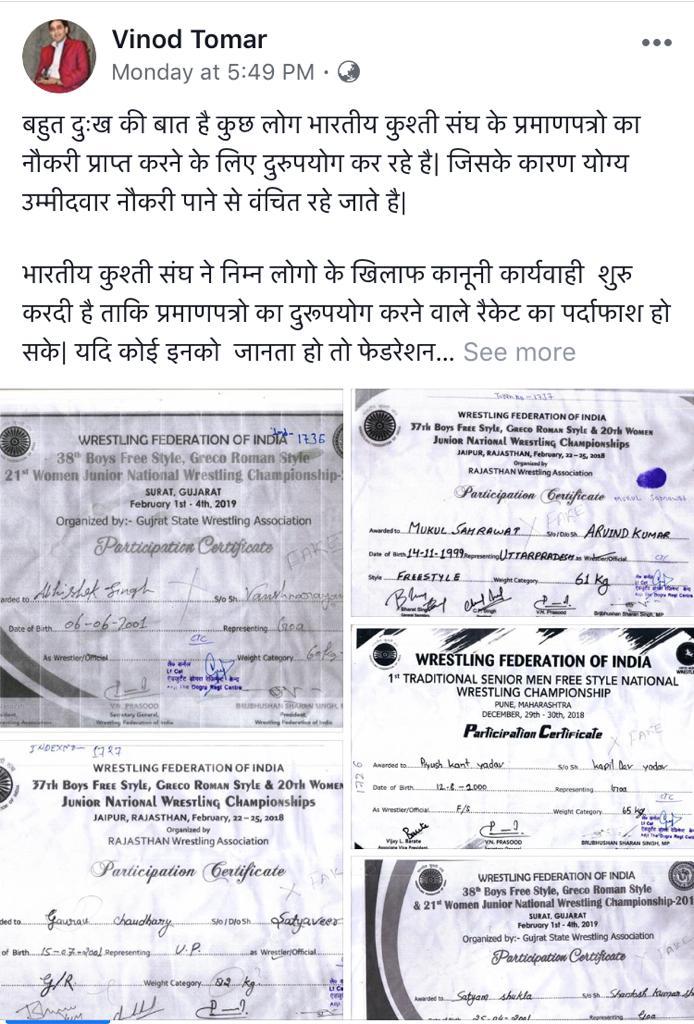 The report states that, that the four junior wrestlers, backed by the fake participation certificates, had sought to enter their names for the trials called by the Services Sports Control Board (SSCB). As is the norm, the SSCB had sent a few applications, including the ones submitted by the four, to verify their claims. Certificates submitted by Satyam Shukla (Goa), Mukul Sahrawat (UP), Piyush Kant Yadav (Goa), Gaurav Chaudhary (UP), and Abhishek Singh (Goa) have been found to be fake.

The report also quotes WFI assistant secretary Vinod Tomar. According to Tomar, “This is not the first time we have unearthed fake certificates, we will take tough action against these individuals. They have somehow found a way to erase the original names and replace it with those seeking jobs. So we need to find out more about it,”

Also Read: Why has SAI dropped me? Why my one failure is held against me? Why an Olympic Medallist is treated this way?