Fake News of Nisha Dahiya being shot dead shocks everyone, wrestler confirms to WrestlingTV, ‘all good with her’ – watch video 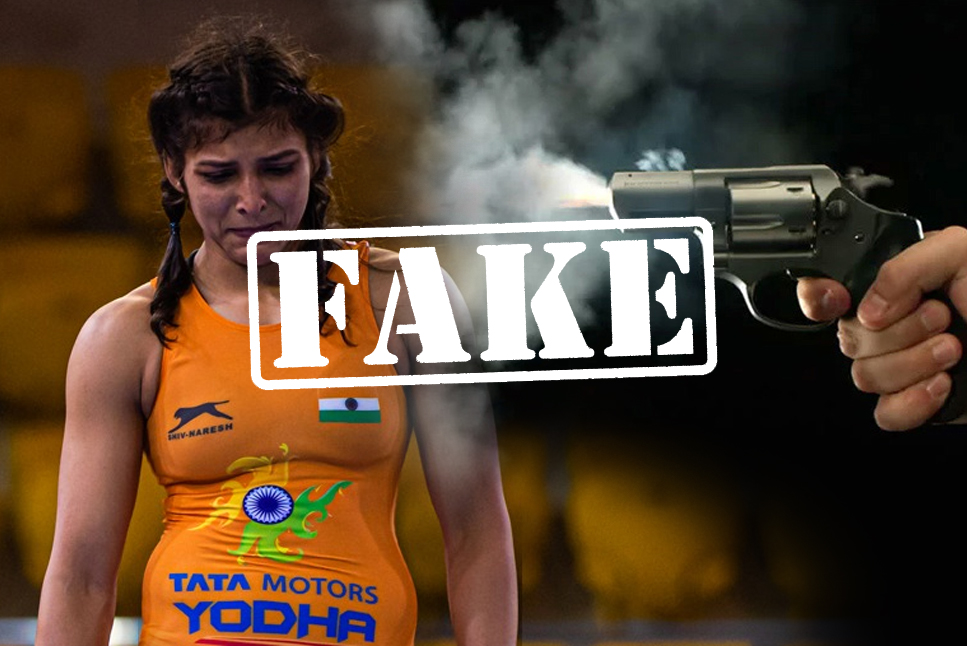 Nisha Dahiya Murder Fake News: No, wrestler Nisha Dahiya is not dead. She is absolutely fine and is competing at the senior nationals in Gonda, Uttar Pradesh. The U-23 World Wrestling Championship bronze medallist informed in a video message that the rumours about her murder is fake.

“I have come to Gonda to compete in the Senior Nationals. I am absolutely fine. The news about my death is absolutely fake as you can see,” Nisha Dahiya said in a video message.

Nisha Dahiya Murder Fake News: Earlier, reports did rounds that wrestler Nisha was shot dead along with her brother by unknown assailants in Sonepat, Haryana. However, it turned out to be fake news and InsideSport can now debunk that she is all well.

After returning from Belgrade, Serbia with a bronze medal in the 65kg-category in the U-23 World Wrestling Championship, she headed to Gonda, UP to compete in the senior nationals. She was congratulated by PM Narendra Modi amongst many athletes.

Fake News of Nisha Dahiya being shot dead shocks everyone, wrestler confirms to InsideSport, ‘all good with her’ watch video

Nisha Dahiya Murder Fake News: While she was with Sakshi Malik, her good friend, the news of Nisha Dahiya’s murder broke. However, it turned out to be a case of mistaken identity. In fact, a wrestler named Nisha was murdered in Sonepat at Sushil Kumar Academy. Her brother was also shot dead and her mother suffered multiple injuries and is now admitted to hospital and is in critical condition. But it is not the same wrestler. The villagers set fire on the academy.

Sakshi Malik, who was with her, later tweeted with the caption, “She is alive”.

Nisha Dahiya Murder Fake News: Wrestling Federation of India president Brij Bhushan Sharan Singh confirmed it was a case of misidentification. It is not the same Nisha Dahiya who returned with a bronze medal from Serbia.