Frank Chamizo the champion wrestler and now dancer too. Watch out his amazing dance moves 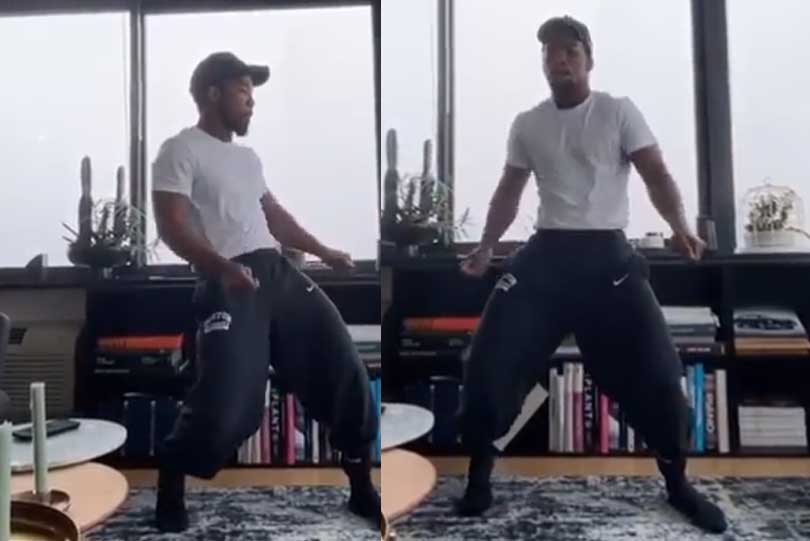 March 30, 2020 0Comments 186Views 0Likes
Two-time World Champion Frank Chamizo is not an average freestyle wrestler. In a sport which is known for its tough and uncompromising athletes, the European Champion also packs extra skills which have helped him during quarantine due to Coronavirus pandemic. He recently posted a video on Instagram in which he can be seen showing off his dance moves and urging everyone to stay at home.

His love for dancing is not alien to his fans. In 2019, he had participated in “Dance Dance Dance” — Italy’s version of Dancing with the Stars.
Chamizo has also mixed his dancing prowess with his wrestling skills on the mat. This has made it difficult for his opponents to counter his attacks but has made it highly entertaining for the crowd.
He is a very popular face both on and off the mat and enjoys all the modelling and TV opportunities that come his way.
“I really like this lifestyle. Restaurants, good food… I still have a child-like enjoyment of these things,” he told Olympic Channel last year.
“It (the reality dance show) was lots of fun and I felt like doing something different. I like to impress in any circumstance, in wrestling, fashion or dance,” he added.
Apart from dancing, the Cuba-born Italian also love posing for male-model style photos. His Instagram account is a testament to his ‘living life to the fullest’ attitude. But maybe this should not be such a surprise given his Latin spirit mixed with European culture.
Despite all the fun, the two-time world champion and Rio 2016 bronze medallist is strictly business when on the mat.
The 27-year-old has also spent time away from the urban life in Dagestan – wrestling home of Russia – in order to hone his wrestling skills.
“It’s a fantastic place to train because the other wrestlers are all on my level,” he told Olympic Channel in April last year.
Chamizo comes from a wrestling family. His father is a former wrestling national champion in Cuba. Later the Cuban government scouted Chamizo’s talent and supported him.
In 2010, then 18, he claimed the 55kg world championship bronze medal in Moscow. But the grappler’s fledging career looked over even before he could spread his wings after the Cuban government handed him a two-year suspension overweight management issues.
He later moved to Italy, for which he made his debut in 2015. Chamizo went on to win gold medal 2015 World Championships in 65kg.
“Hard work pays off. I always expect the best,” Olympic Channel quoted him. “If later it still hasn’t happened, you have to be patient and work even harder,” he added.
Chamizo has already booked the Tokyo Olympic berth for Italy in the 74kg and is currently in self-quarantine in the USA.
Wrestling (Kushti) fans can catch Live Streaming, Highlights, News, Videos, Photos, Results and Rankings on WrestlingTV