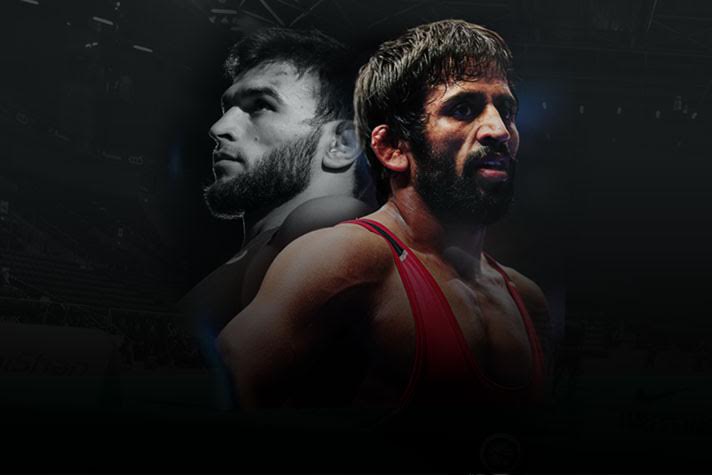 After three straight appearances in the finals, Gadzhimurad Rashidov of Russia finally won a World championship title in the 2019 World Wrestling Championship at Nur-Sultan in the 65kg weight category. Yes, the same weight category in which India’s biggest bet for medal at the Tokyo 2020 Olympics Bajrang Punia ply’s his trade. It is safe to say that Rashidov will be the biggest threat for Punia in his pursuit of winning gold medal in Tokyo.

Currently Rashidov who is known for his power moves in the wrestling circles has already dethroned Punia from no1 spot in the UWW World Rankings. Rashidov currently occupies no 1 spot in the rankings and Punia is number 2.

He made his debut at the World Championship 2019 in his newly-adopted weight of class of 65kg, in the first round he beat Haji Aliyev of Azerbaijan – in a rematch of the 2017 World Wrestling Championships’ final at 61kg – by score (4-2). In the quarterfinal, he beat his teammate Gadzhimurad Aliev (Haji Mohamad Ali) by score (9-0), in the semifinal he beat his countryman Ismail Muuskaev in a close match (3-2), in the final match he defeated Daulet Niyazbekov of Kazakhstan 11-0 in one sided encounter. Yes, the same wrestler who defeated Punia in the semi-finals.

Gadzhimurad Rashidov is now considered by many to be the uncrowned olympic king at 65 kg — and It is a testament to what the 24-year-old Dagestani has been able to do in a relatively short time in the category. Without any doubt he will be the biggest threat for Bajrang Punia at Tokyo 2020 and the Indian will have to produce something very special to out wrestler this champion from Russia.