Geeta Phogat wants to make a comeback to wrestling 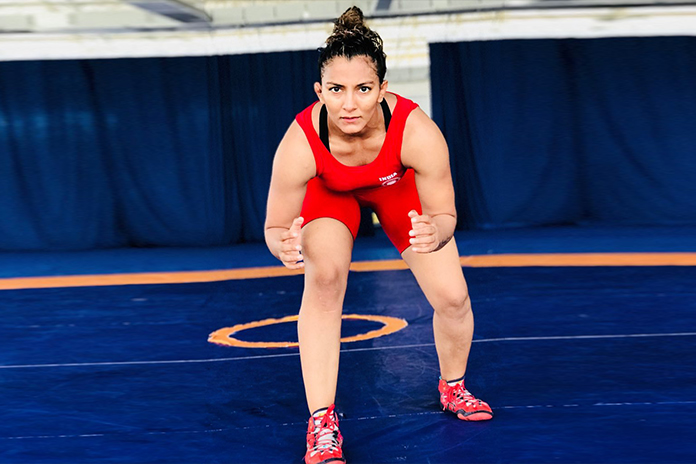 Geeta Phogat, who won India’s first-ever gold medal in women’s wrestling at the 2010 Commonwealth Games, has expressed her desire to make a comeback to wrestling.

Geeta, who recently announced the news of her pregnancy on social media and also shared a picture of herself flaunting the baby bump, said she wants to return to the sport after she becomes a mother.

“I want to make a comeback. I am doing my yoga and whatever fitness training is possible at this stage. I will see to it that after my child is born, I do enough to get back to wrestling,” said the 30-year old who won bronze at the 2012 World Championships in Canada.

She lauded India’s performance at the just-concluded World Wrestling Championships, saying she is very hopeful of the contingent doing well in Tokyo Olympics next year.

Four wrestlers bagged medals and as many Olympic quota places from the World Championships held in Nur-Sultan, Kazakhstan.
While Vinesh Phogat was the sole Indian woman wrestler to bag a medal when she won the bronze medal in the 53-kg category, Deepak Punia settled for silver in the men’s freestyle 86-kg category after not being able to play in the final due to injuries.
Bajrang Punia claimed the bronze medal in the 65-kg category, while Ravi Kumar also won bronze in the 57-kg category.
“It’s a great achievement that they have qualified in the first round of qualification and won medals too. This is a big thing. Going by this performance, we can gauge how well they will do in the Olympics. I am really hopeful we will get medals in Tokyo,” Geeta said.
“Now these wrestlers have one year to prepare, see other bouts and develop overall. So I hope more wrestlers qualify from the upcoming events. More the number, more is our chance of getting medals,” said Geeta who is pregnant with her first child.
There will be at least two more qualifying events before the Olympics from where more wrestlers can seal their berth.

Talking about cousin Vinesh who is being considered as a bright medal prospect for India in Tokyo 2020, Geeta said her grit and never-say-die attitude should hold her in good stead.

“She is one of India’s finest female wrestlers. She is very hard working and dedicted towards her game. She never gives up.”
Vinesh, who was stretchered off the mat mid-way during her quarter-final bout in Rio, had shifted her weight category to 53-kg earlier this year.