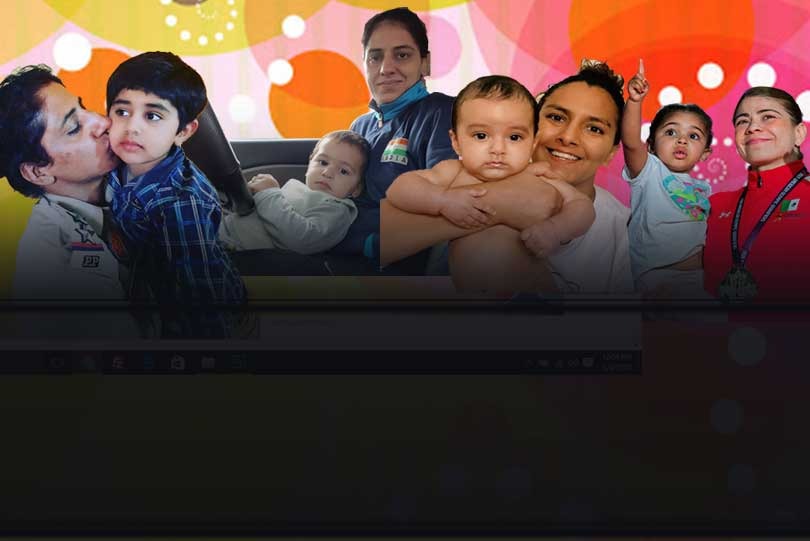 Professional female athletes have always challenged the social norms, setting examples for generations to follow. Motherhood, however, has many times forced women sportspersons to leave their playing days behind. But with time, this too has seen a paradigm shift. Today, there are multiple examples of female sporting icons who made a comeback postpartum. Here are some Super Moms from wrestling circuit who continue to chase their dreams.

-Gursharan Preet Kaur: The 36-year-old Indian wrestler had bid wrestling adieu after getting married and giving birth. But after eight years, she decided to make a comeback to the mat. And after such a long hiatus she made sure to make her return count. In her first tournament – the Asian Championships 2020 – since 2012, she won bronze and is now eyeing for the Tokyo Olympics spot.

-Natalia Vorobieva: The 29-year-old, mother of one capped off a successful comeback season in 2019, capturing her second world title in her first since 2015 in which she won gold in Nur-Sultan.

The 2012 Olympic gold medallist and Rio Games silver medallist has now set her sight at the third Olympic medal when the quadrennial tournament arrives in Tokyo in 2021. In the meanwhile, she is spending time with her son Timur.

-Anita Sheoran: Anita got married in 2015 but continued to train with her sight on the Olympics berth. However, technical issues played a spoilsport to her 2016 Olympic dreams. Two years, later she embraced motherhood and decided to quit the sport. But her husband and in-laws support gave her the courage to step on the mat once again.

In 2019, Anita defeated Commonwealth Games bronze medallist Divya Kakran in the national women’s wrestling championships final in Jalandhar. The victory helped her make it to the national team for the South Asian Games (SAG). This rekindled her Olympic dream, which had been put on the back-burner.

Today, she is amongst the best three wrestlers in India who are bidding their chances for Olympics in 68kg, when the extravaganza arrives in Tokyo next year.

-Geeta Phogat: You can call her by many names. Flag-bearer of Indian women’s wrestling, chain breaker for Indian women, Dangal girl and many more. But for wrestling fans, she is still the famed wrestler Geeta.

Her 2010 Commonwealth Games gold medal was the first by any Indian women. Two years later, she qualified for the Olympics in 2012 again creating history. Her success gave new hopes to Indian female wrestlers and one of the products of those successful dreams is Olympic medallist Sakshi Malik.

Geeta is now the mother of a son named Arjun. But three-months postpartum, she has announced that she will make a comeback to the mat for the Tokyo Games.

Jane Valencia’s: Imagine! the sheer amount of dedication needed to juggle between family, med school and wrestling and then creating the history of becoming the first-ever Mexican woman to qualify for Olympic Games. Seems impossible right? But not for Jane Valencia’s of Mexico.

This Super Mom has cracked the code on how to balance things in life and still be a champion. “My mom always taught me that if I worked hard, I would get to where I wanted to,” said Valencia. “Now looking at these successes, I think she was right,” she says.

She is the mother of a girl named Joy. After giving birth when she was looking for inspiration, Olympic Champ Natalya Vorobieva and Sofia Mattsson became her idols.

“I looked at Vorobeva and Mattsson as examples. They went back after having a baby and were very good. This showed me that I can be a mom and still be good at wrestling,” she said.

Now, she is en route to the Summer Games and ready to prove herself and the world her worth.