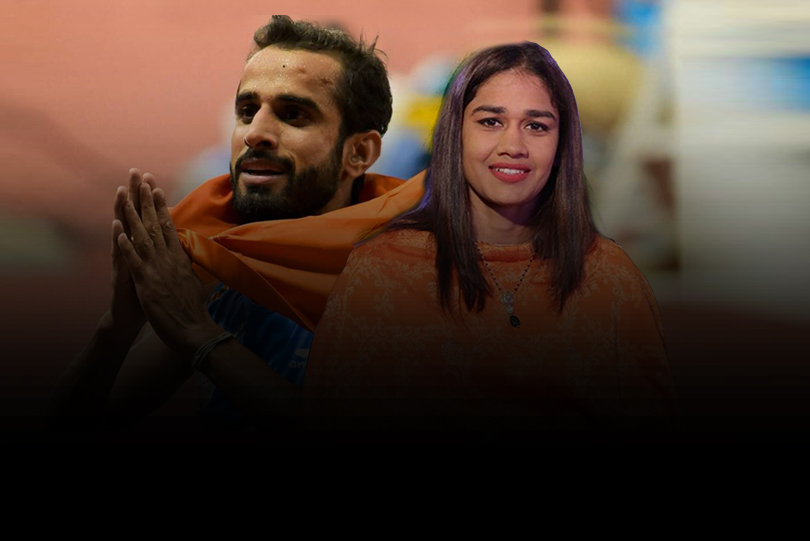 Last week, Babita Phogat and Kavita were appointed as the Deputy Director in Haryana sports department. The decision is now being criticised by many champion athletes of the state who are yet to get a government job. Manjit Chahal, 800m Asian Games 2018 gold medallist lashed out at the Haryana government for appointing the former wrestler as the Deputy Director of sports and said, “It is a good thing that women are being appointed to important positions but the problem is why are we being ignored? We are unemployed. I did not have a job before the Asian Games and even today I am fighting to get a job in the Haryana government. Should I prepare for the Olympics next year or put all my energy into fighting the state government for a job. My file has been going around for two years now,” reported Times Now.

Haryana under its Outstanding Sportsperson scheme offer jobs to medal winners who hail from the state, But it has been struggling to keep its promise as some of the international medal-winners are yet to hear from the government. “The sports policy is good, agreed but how many athletes have been given jobs? Haryana government must reveal how many athletes, apart from Kavita and Babita, have got jobs in the Haryana government? I know of 40-50 athletes who are running around in the government offices just to get a job, but to no avail.”

Bajrang Punia, Vinesh Phogat too in line for the job

Manjit is not the only one to get a state government job. Star wrestlers like Vinesh Phogat and Bajrang Punia too are waiting to hear from the government on the matter. According to the notification dated September 5, 2018, Asian Games gold medallist will be appointed Group A (Class-I) while silver medallist at Asian Games and Commonwealth Games champions will be given Group A jobs other than Haryana Civil Service and Haryana Police Service.
Many elite athletes kept their end of the bargain– winning medals, but the Haryana government is yet to keep their word. According to a report by Hindustan Times, all the medal winners of 2018 Asian and Commonwealth Games including Vinesh, Bajrang and Neeraj Chopra await their applications to be accepted.

It is not like the elite athletes of India struggle to make a living for themselves as they are busy preparing for the Tokyo Olympics. However, a government job secures their post-retirement future.

In 2019, the state government appointed over 30 athletes who won silver (team events) and bronze (team, individual) medals at the Asian and Commonwealth Games. Those were in the lower Group B and C categories. The gold medallists though continue to wait.

Bajrang, who is India’s best bet for an Olympics medal at Tokyo next year, said, “Anyone can evaluate my sporting credentials and see where I stand in the sports policy. I have two Asian and Commonwealth Games medals, including gold in each, and I have won three medals at the world championships. I should get my due,” the HT report added. The 26-year-old wrestler added, “I am ready to work in Haryana provided I get a job commensurate with my credentials”.