Have you heard of Camel Wrestling, check how popular it is in Turkey ! 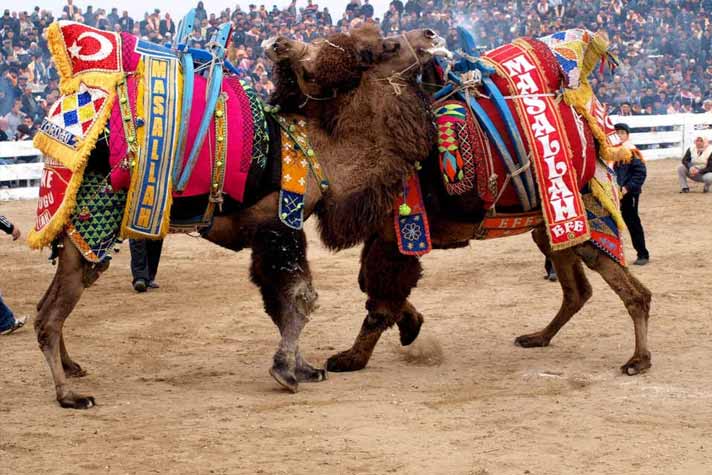 November 8, 2019 0Comments 1658Views 0Likes
The 2019-2020 camel wrestling season will be kicking off on Nov. 17 in Aydın and İzmir and will take place in dozens of towns along Turkey’s southern coast, spanning from towns in Çanakkale to Antalya until March.
The age-old tradition of camel wrestling, a non-violent spectator sport in which beautifully decorated camels get to test their strength, is a popular pastime in town all over Turkey.
The most famous camel wrestling competition by far is held in the historical town of Selçuk every January.
After Selçuk, Bodrum is a fun and lively destination to experience a camel wrestling competition as is Çanakkale, Ayvalık, Didim and Kuşadası, each of which make for great getaways, while Aydın and Tire are also well-known historically being the oldest destinations to host the sport.
Also Read: Mission Olympics : SAI clears training proposals for Vinesh Phogat & Bajrang Punia
The surprising part is these camel wrestling tournaments not only attracts huge crowds but also attracts sponsors to the ground. For spectators and fans it is family affair with loud music & musicians which transforms stadiums into a picnic & party venues.
Not only this, throughout the competition, the elaborate and sometimes outlandish names of the camel contestants are announced via loudspeaker as a commentator also narrates the matches over the PA system.When it comes to the wrestling itself, the camels are led into the arena, where their owners or trainers will control them with ropes as protective measures should the match get too heated. The camels then attempt to lock necks or play fancy foot tricks and the winner is determined based on one of three conditions: if a camel retreats, yelps or is heading for a fall to the ground.

In every case, the animals are separated before any damage can be done and the winner is then paraded around the stadium for the cheering crowds.

Meanwhile, there will also be stands selling camel wrestling related accessories, such as scarves and the accordion-like boots worn by camel-trainers and yes, there will also be camel “sucuk,” a rare type of sausage found at these events, that will be grilled and sold on the sidelines 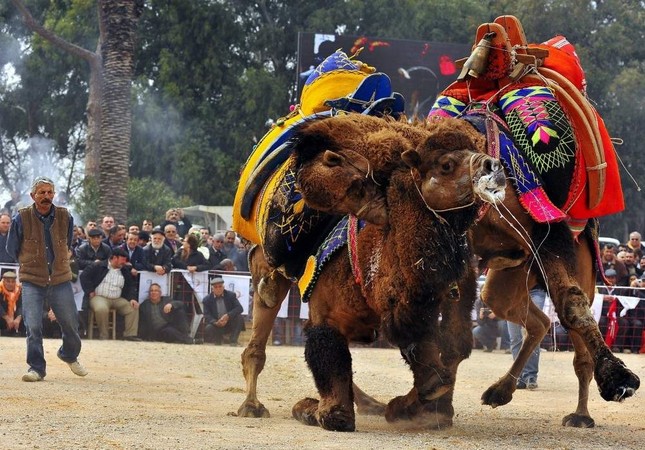 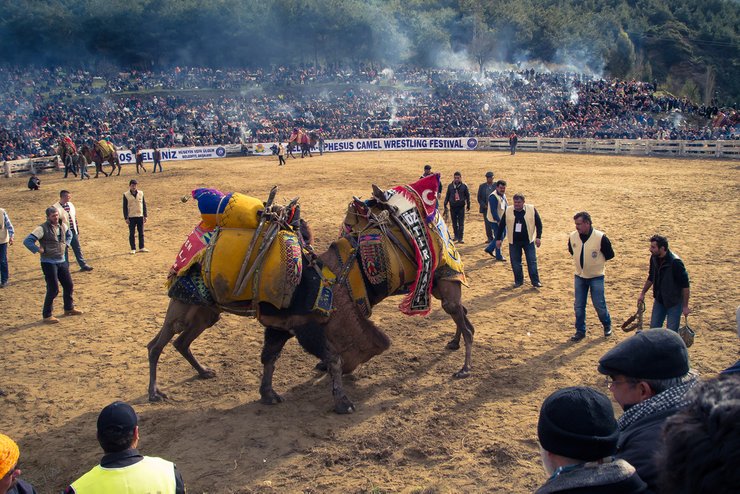