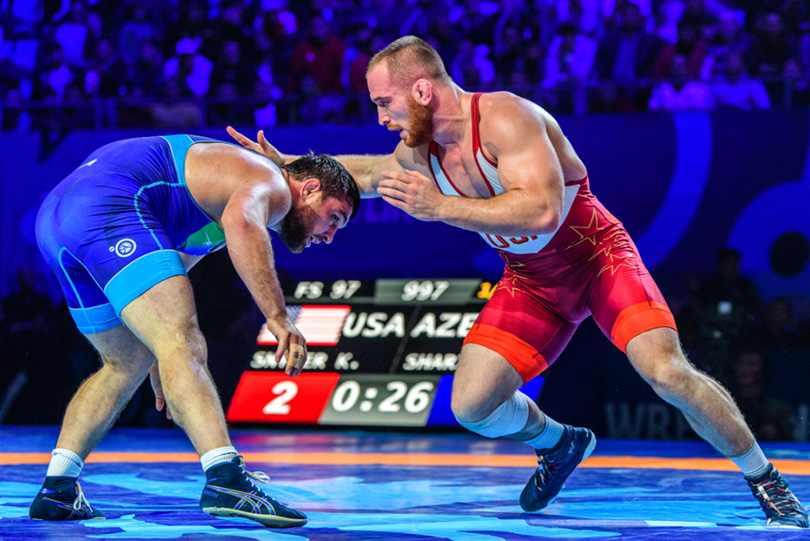 January 13, 2021 0Comments 293Views 0Likes
Henri Deglane Grand Prix – Indians to stay away: Indian wrestling team has decided to stay away from the 47th Annual Henri Deglane Grand Prix of France kicks off January 14-18. According to UWW, the tournament will feature some of the top wrestling nations and wrestling names. The star-studded entry list is headlined by four Olympic champions, five reigning world champions and will feature nearly 300 athletes from 23 different nations.
Why India is not participating? Wrestling Federation of India is organizing their national championships during this period. The national championships of India in all 3 categories i.e Greco Roman, Men’s Freestyle, Women are being organized separately by WFI.
Potential Showdown of Olympic Champs Sharifov and Snyder
The most intriguing storyline coming into the competition is the potential showdown of Olympic champions Sharif SHARIFOV (AZE) and Kyle SNYDER (USA) at 97kg. If the pair of superstars meet, it’d be a rematch from the ’19 world championship semifinals, where the London Olympic champion and Rio Olympic bronze medalist defeated the American, 5-2, en route to his world silver-medal run.

Sharifov shut down all 19 of Snyder’s attacks, while only surrendered an inactivity point and a step out in their Nur-Sultan meeting. In addition to earning a step-out point, he capitalized on a pair of Snyder’s attacks by scoring a takedown off a high crotch and two exposure points.

In my opinion, the key adjustment for Snyder to even the series: Get to the corner on his straight on attacks.