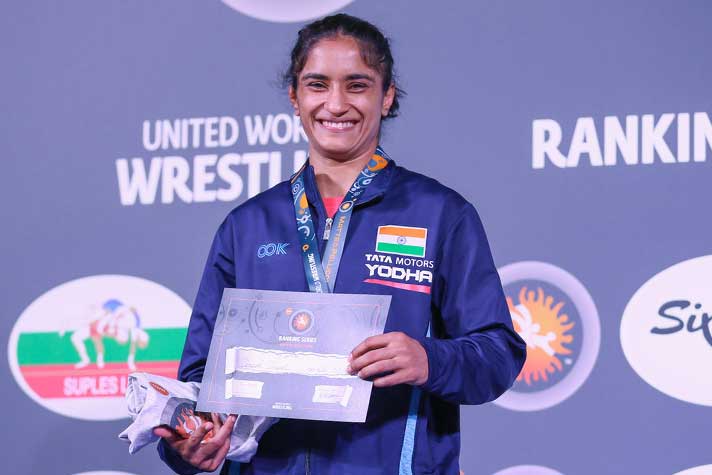 “I feel very good because this is the first competition of the year, and the Olympics are very near,” said Vinesh. “This was my first match with Ecuador, and I didn’t know how she wrestles and what techniques she uses.”

The 2019 world bronze medalist added, “It’s my one year in this weight category (53kg) is finished, and I need more matches.” And for her will come next in March at the 2020 Asian Championships in New Delhi, India. “We’ve waited for a competition in India, and now (that’ll be) the Asian Championships.” She continued by saying, “When you (wrestle) in your hometown, this feeling is incredible and I am waiting for Asian Championships in Delhi.”

Sarah Hilderbrandt wins gold in new weight category of 50kg – If there were any questions surrounding Sarah HILDEBRANDT (USA) moving down to 50kg coming into Rome – they’ve been answered on Friday night. Hildebrandt scored a takedown with two seconds left and stole the gold medal from Emilia VUC (ROU) in the 50kg finals battle that featured a pair of past world silver medalists. With a smile on her face from ear-to-ear, Hildebrandt said, “I like the sound of that, 50kg champ!”

The American, who was down 2-1 with under 10 seconds left, said she told herself, “You’re not going to win because I’m not going to lose.” And that’s exactly what happened.

The 2018 world silver medalist used an underhook throw by with under ten seconds left to get to the body of her Romanian opponent. Then, she snaked her left arm out, and barley scored the takedown as time expired to win her second Ranking Series title, 4-2.

UWW Ranking Series : On the back of Gurpreet’s Gold, Indian Greco-Roman wrestling team finishes 4th in the team rankings 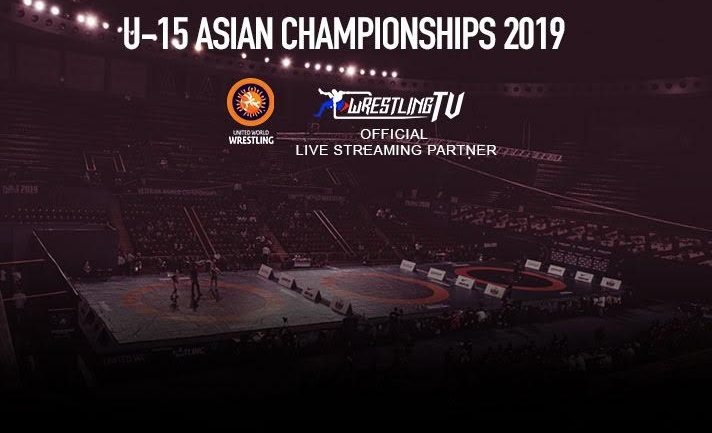