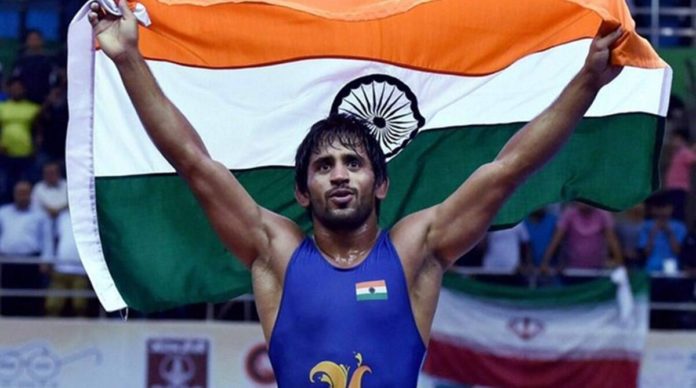 The World No. 1 wrestler can still win India a bronze medal as he faces Kazakhstan’s Daulet Niyazbekov in a bronze medal match. Follow the match live here

JSW Sports athlete Bajrang Punia has been named as the flag bearer of India at the #Tokyo2020 closing ceremony! 🇮🇳 #BetterEveryday pic.twitter.com/jFJybdorTB

The Games have been historic, to say the least, with more mixed-gender events added to increase diversity, while many transgender athletes also made their debut at the Summer Games. This was also the first Olympics to be held without spectators, but the organizers hope that the past 17 days will provide us with food for thought about diversity and inclusion.

Currently, the Indian contingent has won five medals, two silver, and three bronze, but could add three more to their tally on the penultimate day of the Summer Games.

Tokyo Olympics will be broadcasted on Sony Sports Network and DD National. Follow all matches LIVE from Tokyo Olympics on WrestlingTV & Watch LIVE streaming on SonyLIV.