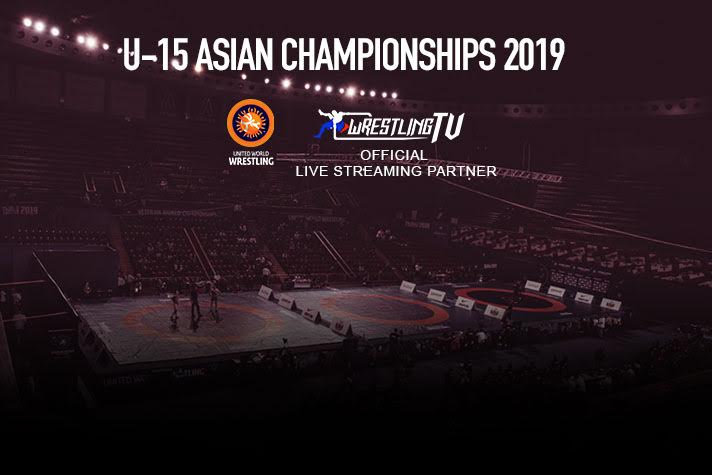 Indian wrestlers began their U-15 campaign on a high as they bagged 8 medals, including 2 gold and 6 silver medals on Day 1 of Asian Championships (U-15) in Taichung City, Chinese Taipei on Friday.

In the Freestyle category, all the 3 Indian wrestlers in action on day one won medals. Ravi Kumar defeated Japan’s Daito Katsume 4-2 to claim the first gold for India in the 44kg.  In a tense final that saw both the young wrestlers in a neck and neck fight saw the Delhi boy prevail at the end. In the 41 kg, Aman from Haryana bagged silver medals losing to Adi Serikuly of Kazakhstan while Yogesh Bijore of Madhya Pradesh also ended up with a silver in the 38Kg.

In the Women’s Free style category, four Indian girls were in action and with the draw being a poll of 5 wrestlers only in each of the weight categories, the matches were played in round robin league where India’s Deepika Nain bagged the yellow medal in the 62 kg category and Aarti Saroha (54 kg) and Nitika (58 kg) settled for silver medals.

And in the Greco-Roman category, 3 Indians were also in action as two of the wrestlers, Harikesh (48 kg) and Anil More (52 kg) bagged silver medals after finishing at the podium finish.

10 Indians will be in action tomorrow as India looks to improve their overall medal standings to finish at the top this year.

All the action from the UWW U15 Asian Championships 2019 is LIVE from 7 am onwards and second session starting from 3 PM onwards on wrestlingTV.in, India’s first-ever dedicated video and digital news platform, which will be the one-stop video and news destination for entire wrestling fraternity and fans.