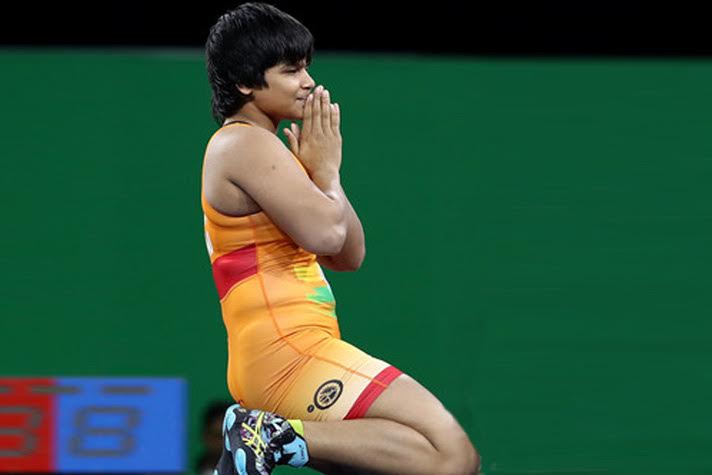 It was revenge time for the 2018 Asian Games bronze medallist Divya Kakran in the trials conducted by the Wrestling Federation of India in Lucknow. Kakran lost to grand old lady of Indian wrestling Anita Sheoran at the Jalandhar Senior Nationals and revenge was on her mind on Saturday. But before challenging Sheoran, Kakran needed answers to the puzzle named Nisha Dhaiya.

Divya Kakran defeated Nisha Dhaiya 5-2
After winning the senior nationals in 65kg Nisha Dhaiya decided to move up to 68kg and was considered as big challenger to Divya as well as Anita Sheoran. The bout between Dhaiya and Kakran lived up to the expectations as both ladies were not ready to give a inch to each other. In the end Kakran prevailed to set up the repeat of the national finals against Sheoran.
Divya Kakran takes revenge on Anita Sheoran 4-0
In the revenge bout, Kakran wrote off her senior national championship disappointment as she went on to win in the 68 kg category in a clinical fashion against the senior pro.
Also Read: Indian Wrestling Women Team Trials 2020 : Take a look at the draws and contenders for every category
In the finals – Divya Kakran defeated Suman to once again make it to the Indian team.
Meanwhile The Tokyo 2020 dream for celebrated Indian women wrestler Sakshi Malik is all but over. The Rio Olympic Bronze medallist Malik crashed out of the Olympic qualifiers race as she was stunned by 2 time cadet world champion Sonam Malik in the Semi-Finals.

18 year old Sonam stuns Sakshi Malik – After getting direct entry into the semi-finals of the trials, Sakshi was up against the two time cadet world champion Sonam Malik. No one gave the youngster any chance but the Haryana teenager Sonam got better of Sakshi in intense duel. The duo had ended up leveled 10-each in their semi-final bout. Sonam was trailing 4-6 in the second period but produced a sensational four-point throw with just three seconds left in the bout to make it 10-10 and win on criteria of scoring the last point.

Also Read: Also Read: Indian Women Wrestling Team Trials: All you want to know about all the results, draws and updates

The two-time world cadet champion, Sonam also went on to win the final against fellow Haryana wrestler Radhika to qualify for the Asian Olympic Qualifiers team. This is the first time that 18 year old was playing in the senior category and in her first attempt itself she has delivered on the promise shown in the Junior ranks.

Pooja Dhanda also loses in the trials- The 2018 Gold Coast Commonwealth Games silver medallist Pooja was handed a 1-3 defeat by her Haryana State-mate Anshu Malik in the 57 kg quarterfinals. Anshu eventually went on to earn an India berth as she beat another Haryana wrestler Mansi in the finals.

The upsets in Lucknow today (Saturday) have all but ended the Tokyo 2020 dreams for the much fancied Pooja and Sakshi as new stars are all set to emerge on the horizon of Indian wrestling.

The winners have earned the right to represent India at the Asian Championship, Ranking Series and the Asian Olympic qualifiers. 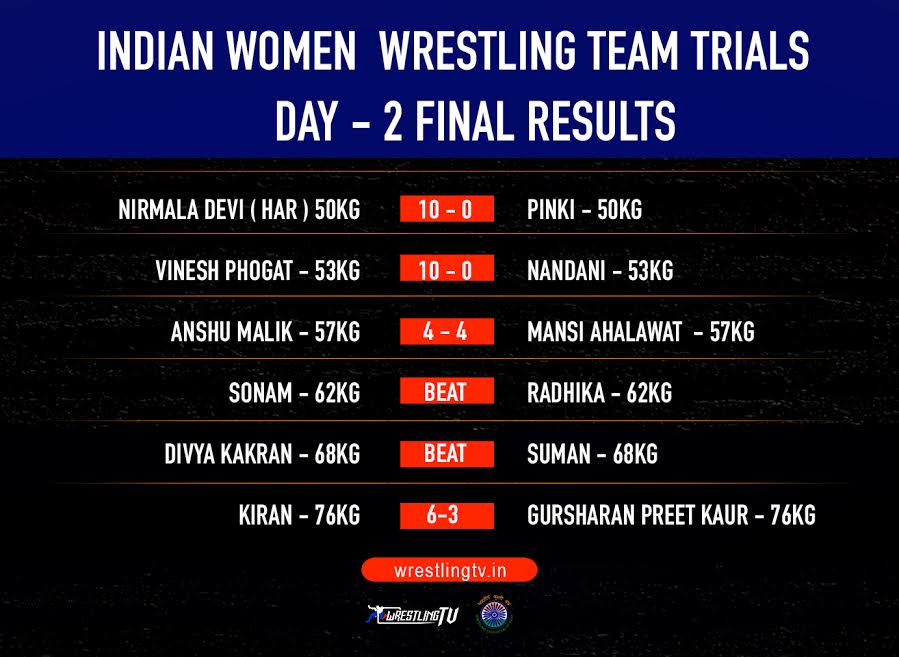