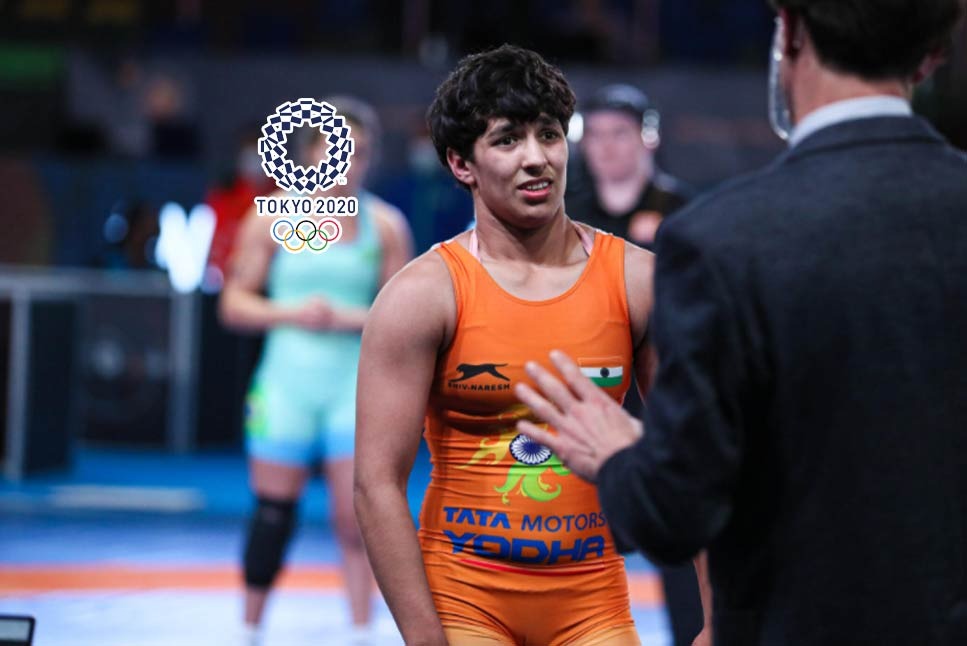 Tokyo Olympics – Indian Wrestlers at Olympics: Strange it seems but medal winning prospect for India in Women’s 57kg, Anshul Malik has decided to head back to India for her final preparations for Tokyo Olympics. According to information available with InsideSport.co, Malik who was training in Poland for quite sometime now will be coming back to India on 11th July & will train at Sonepat. The young indian wrestler will train with other Tokyo bound female wrestlers Seema Bisla (50kg), Sonam Malik (62kg) at Sonepat.

“Yes it is correct, Anshul is coming back to India. She felt it is better to train here in India instead of Poland. Already both Seema & Sonam are training in Sonepat and Anshul will join them. They will leave for Tokyo from India only on 26th July”, confirmed Wrestling Federation of India President Braj Bhushan Sharan Singh.

When asked, why she is heading back – when athletes in other sports are training at foreign locations for the final preparation for Olympics, WFI President said that Anshul feels more comfortable training here in India.

“We spoke to her and she is more comfortable training here in India. WFI is supporting her decision”, declared WFI President.

It is worth noting that, four Indian women wrestlers have qualified for Olympics from India. Now World No. 1 Vinesh Phogat in 53kg is the only only who is still training abroad. Phogat according to WFI is in Hungary and will leave for Tokyo from their itself.

Indian Wrestlers at Tokyo Olympics: Where are the 3 male wrestlers training?

Unlike their women counterparts, all 3 qualified male wrestlers are currently in Russia for their final leg of training. Bajrang Punia (65kg), Ravi Dahiya (57kg), and Deepak Punia (86kg) are currently in their training base in Vladikavkaz, Russia. All 3 are accompanied by the foreign coaches appointed by WFI with the support of national sponsor Tata Motors.

WFI is trying their best to get permissions for foreign coaches travel to Tokyo.

“We at this stage can only try. As everyone is aware, the host country has considerably reduced the number of support staff – we can only try that our Wrestlers get their support staff to accompany them”, said WFI President. WFI is hopeful minimum they will get permission for Georgia’s Shako Bentinidis who has been training Bajrang & Vinesh Phogat’s coach Hungary’s Woller Akos to travel to Tokyo with their trainees.

All three Indian Wrestlers will directly travel to Tokyo on July 28th.

Tokyo Olympics – Indian Wrestlers at Olympics: The wrestling competition at Tokyo Olympics is set to start on August 1.United World Wrestling (UWW) has confirmed the 289 final entries and the top-four seeds for the upcoming Tokyo Olympic Games. Wrestlers from 60 different nations, along with Aker AL OBAIDI (EOR), who will compete on the IOC’s Refugee Olympic Team, will compete for Olympic gold at the Makuhari Messe August 1-7.

As the entries sit, there are 11 Rio Olympic champions who’ll be looking to defend their titles in Tokyo. Freestyle and women’s wrestling each have a quartet of ’16 champions, while Greco-Roman returns three champions — including Cuba’s Mijain LOPEZ NUNEZ who is on a quest to become the first male wrestler to win four Olympic gold medals.