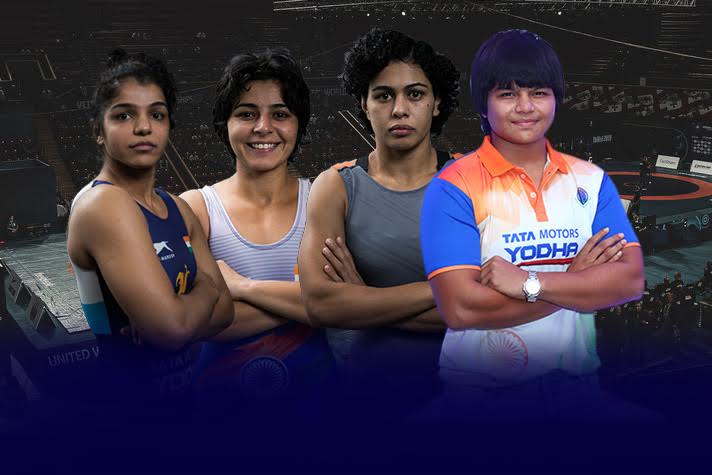 The target is Tokyo 2020 Olympics Qualification spot and to achieve the same, the wrestlers world over in the non-olympic weight categories are switching to the Olympic categories. The trials conducted by the Wrestling Federation of India (WFI) on Saturday will also witness the same trend as many girls including 3 gold medal winning women wrestler have decided to shift their weights for the trials. 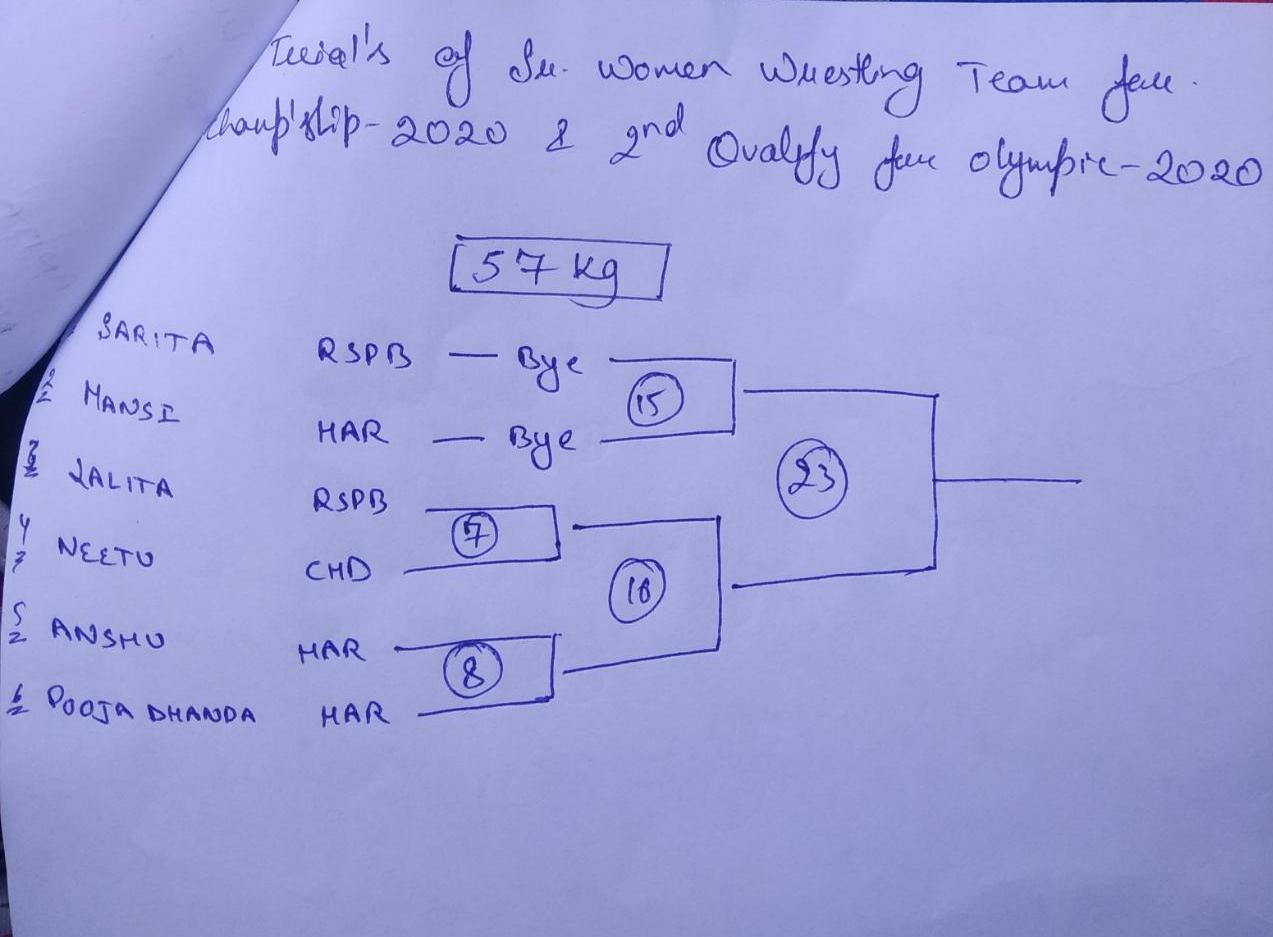 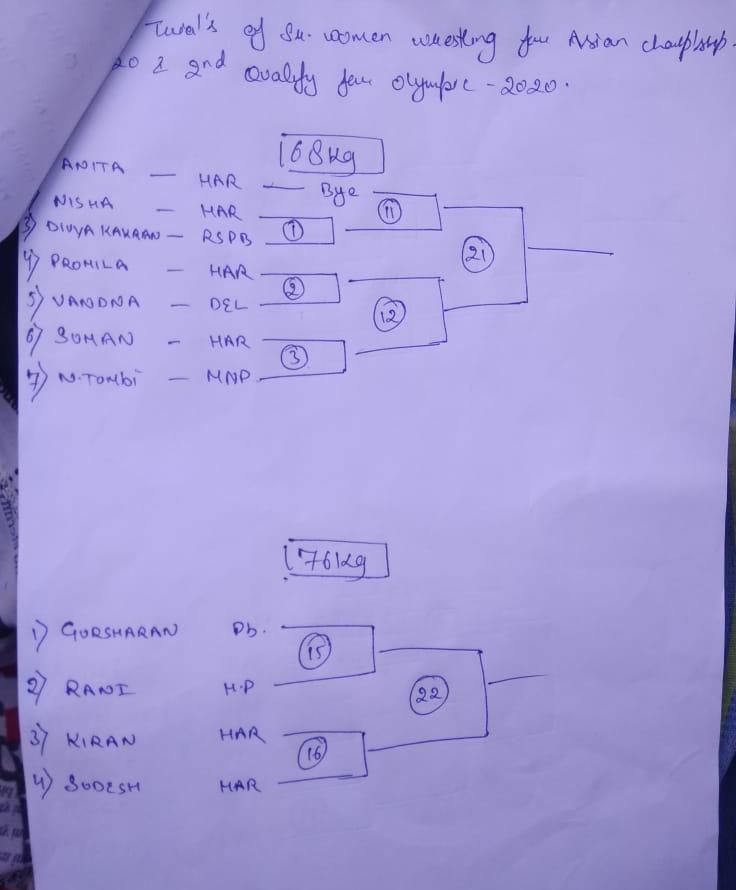 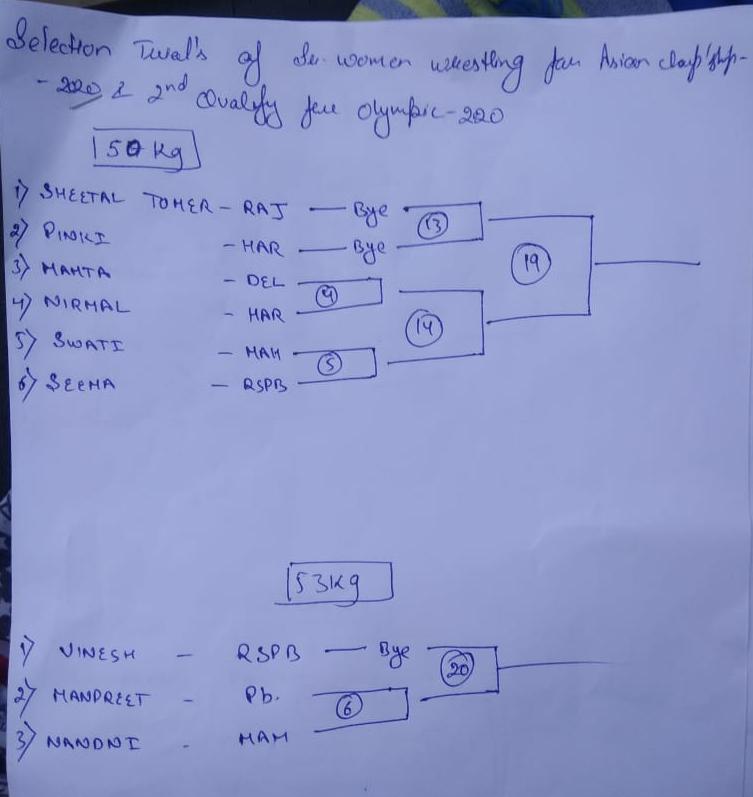 The Battles in offing on Saturday
1) Kiran Bishnoi – From 72kg to 76 – Kiran Bishnoi just won the 72 kg national title in Jalandhar by defeating state-mate Naina. The girl from Ravat Kheda village in Haryana will now make a move to 76kg as 72 is the non-olympic category in the bid to make it to the Indian squad for the Asian Olympic Qualifiers.

This means – Kiran will now challenge the newly crowned national championship in 76kg Gursharan Preet Kaur who is now better known as the wonder mom of the Indian wrestling after a successful comeback in Jalandhar. But competing in 76kg will be nothing new for Kiran as she represented India at the Senior World Championships in Nur-Sultan in September before going back to 72kg for the nationals. Meanwhile Naina who lost out to Kiran in the 72kg national finals will miss the trials due to hand injury.

Also Read: As Jitendar qualifies, Is it Curtain for Sushil Kumar’s Tokyo dreams?

2) Nisha Dahiya – From 65 kg to 68 kg – This is the most interesting switch as newly crowned national champion in the 65kg Nisha Dhaiya has decided to move up to 68kg. Instead of challenging her idol Sakshi Malik in 62kg, Nisha decided to move up to 68 in order to make it to the Indian team. Nisha who trained for few weeks in Kazakhstan after winning the nationals will throw a challenge at another gold medal winner and comeback lady of the Indian wrestling Anita Sheoran and 2018 Asian Games Bronze medal winner Divya Kakran in a very exciting 3 way contest.

3) Pinki – From 53kg to 50kg
The girl from Rohtak has switched weights 4 times in last 5 months. Pinki started the season by competing in 57kg, won U23 Gold – competed for India at the U23 World’s in the same category. But after the loss in the national trials for the world championships she switched to 53kg and won senior national gold at Jalandhar in absence of Vinesh Phogat in the weight. Now Pinki is moving down further to 50kg for the Asian Olympic Qualifier trials and will throw a challenge at the UWW World ranked no 3 Seema and national champion in the 50kg Sheetal Tomar.

4) Lalita Sehrawat to shift to 57kg
This development will further make already loaded 57kg category more competitive. National champion Sarita More is in the category, 2018 world bronze medallist Pooja Dhanda is there and now Lalita Sehrawat will make it a 3 way competition in the category.
It will be interesting to see if 59kg national champion Anshu from Haryana also decides to switch to 57 or will she make move to 62kg to challenge Sakshi Malik.

5) Sonam Malik to challenge Sakshi Malik
In another late development, WFI has decided to give chance to Sonam Malik. Sonam is 2 time world cadet champion and will make qualification little difficult and interesting for the experiment campaigner Sakshi Malik.

WFI will conduct the trials for the women team on 4th Jan in Lucknow at SAI Centre to select the Indian hopefuls for the Senior Asian Wrestling Championships scheduled for February in Delhi and the Asian Olympic Qualifiers in China in March. 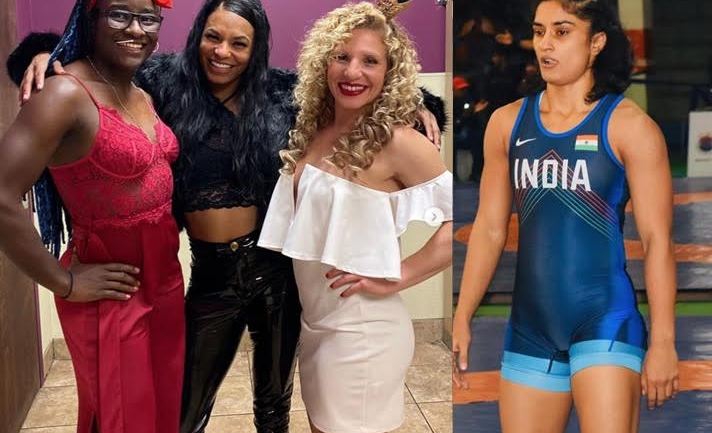 Social Room of WrestlingTV: Here’s a Glimpse on the start of 2020 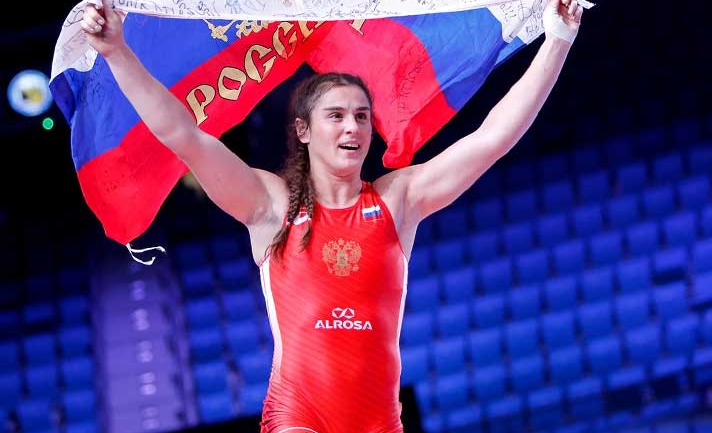