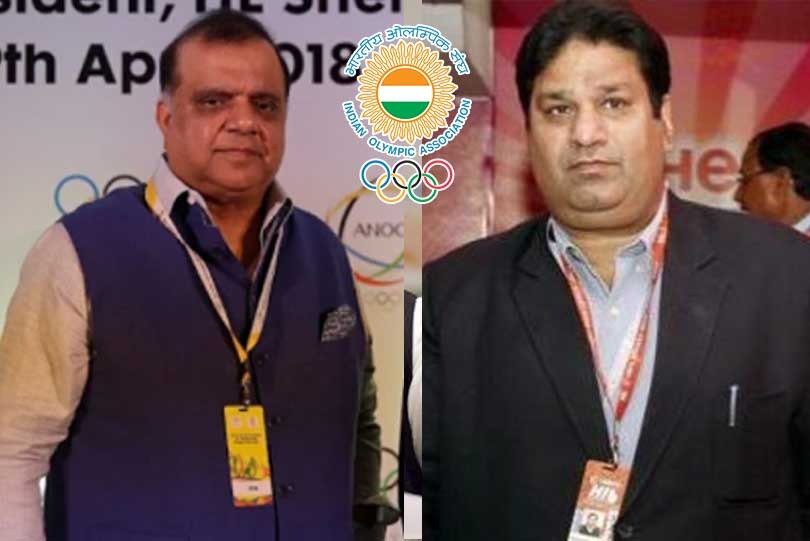 During the Covid19 times when the world is suffering all over, what is required is camaraderie, mutual respect and work in unison. Contrary to all of this country’s highest sporting body, the Indian Olympic Association (IOA) is seeing war of words between the two of its senior-most functionaries. The President of IOA Narinder Batra and Secretary General Rajeev Mehta are shooting verbal barbs at each other according to the report published in English daily, The Tribune. The reports of rift between the two were doing rounds since the past few months but now they have taken an ugly turn.

The paper has reported that things between two are not great as both of them kept hitting each other below the belt with exchange of emails on Thursday.

IOA president Batra wrote to Mehta informing him that some of his responsibilities as secretary general would be withdrawn.

“I have decided to take over/divide much of your workload and will be doing the needful in days to come and since I am Delhi based and few other people who are regularly coming to Delhi will now have to share the divided responsibilities/burden, By doing the above you will be able to spend more quality time with your family in Nainital and also attend to your business which is also in Uttarakhand.”

Mehta’s reply was equally sarcastic and peevish: “…My family appreciated my commitment and is supportive of my endeavours and will like to see me doing more for sports by stationing myself in Delhi and discharging my responsibilities as secretary general of IOA.”

“As for your desire to take over some of my responsibilities, I may inform you that I am perfectly comfortable with the work load assigned to me by the General Body, as their elected secretary general. If you had such desires of doing day to day affairs, I would have stepped down in 2017 and you should have contested as secretary general of IOA,” added IOA’S secretary general.

Not only this, Mehta also took a dig at Batra for holding several key positions himself. “It’s not me that holds the position of IF and NOC office bearer/president at the same time with no time for family. I wish the same to you. You should spend quality time with your family in Delhi while you continue your work with Hockey India and the International Hockey Federation for the advancement of Hockey,” Mehta said in his reply.

The paper further reported that the issue of resumption of training of India’s elite athletes has widened the rift between the two. The Sports Authority of India (SAI) on Thursday released the standard operating procedures (SOP) for athletes to follow while training, IOA secretary general Rajeev Mehta apparently is not pleased with start too soon and warned against the resumption of training so soon.

“Why are we rushing to restart training when the cases are on the rise? There are indications cases will only rise in the coming months. These athletes are our national treasure and safeguarding their health should be our topmost priority,” Who will be responsible if one amongst them gets this dreaded virus?” Mehta showed his displeasure against the move in an interview to the Tribune. “

The was of words between the two of the biggest sports mandarins of the IOA does not augur well for the Indian sport. It is clear that with such a difference of opinion between Batra and Mehta, Indian athletes and the India sports will suffer more during these Covid19 times.
Wrestling (Kushti) fans can catch Live Streaming, Highlights, News, Videos, Photos, Results and Rankings on WrestlingTV