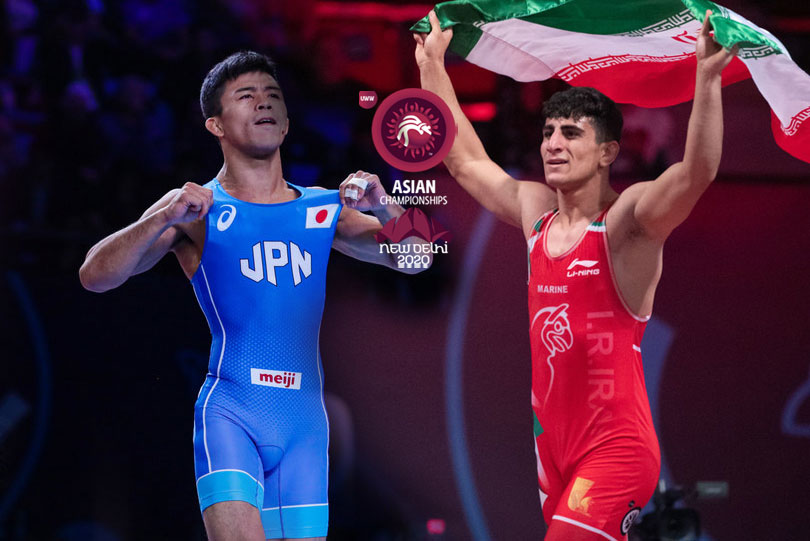 The Greco-Roman teams of Iran and Japan have arrived for the New Delhi 2020 Asian Wrestling Championships.

The six-day championships in the KD Jadhav Wrestling Hall at the Indira Gandhi Stadium will start with the Greco-Roman action from February 18.

Meysam Delkhani (55kg) and Pouya Nasserpur (63kg) spearhead the Iranian challenge. The world No. 10 in his category, Delkhani had won the gold in the 2019 Club World Championships. Young Nasserpur though will be keen to replicate his performances as a junior when he had won the World Junior and the Asian Championships in 2018.

Japan’s biggest bet, Fumita Kenichiro (60 kg) is a two-time Greco Roman World Champion – bagging the gold in the 2017 and the 2019 editions and settling for a silver in 2018. However, at the Asian level, he still has not been able to translate his ability into a big success with his best being a bronze at Xi’an last year.

The wrestlers at the New Delhi meet will have a bonus in the Olympic year. United World Wrestling has confirmed the Asian Championships as a ranking points event for the Tokyo 2020 Games.