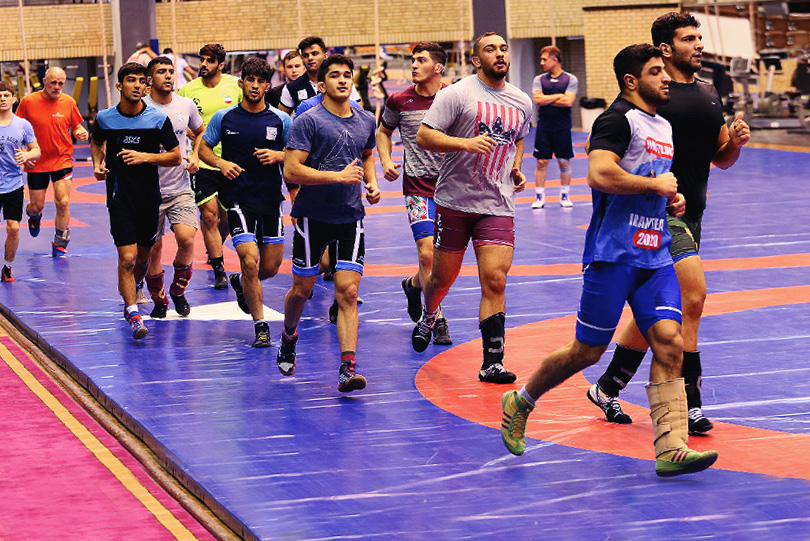 In an Olympic year,  the Coronavirus (COVID-19) outbreak has handicapped the wrestling world. Countries have decided to cancel international and national events as well as have pulled out of tournaments as a step of precaution. However, with the Olympic qualifiers and the Tokyo Games approaching, countries have decided to get back on their legs and train.

The two most affected countries outside China, Japan and Iran have decided to resume their national training camps but with few restrictions to reduce the Coronavirus risk for athletes and coaches.

While Iran had cancelled its national training camp last week, Japan had called off two domestic tournaments. But training plays an important role in an Olympic year and therefore, the wrestling federation of the two countries will hold national camps behind closed doors.

Japan’s Greco-Roman team will start their training camp at Nihon University. In the wake of the Coronavirus outbreak in the country, the Japan Wrestling Federation has decided to conduct the training camp with minimal staff. Only the officials, coaches and wrestlers would be allowed inside the training area to reduce the risk of getting infected by the virus.

“It is important to train and be in shape to compete. It is a good feeling when you are ready,” Japan’s team coach Masatoshi Toyoda told his wrestling federation’s official platform. The Japanese national training camp will be held until March 10.