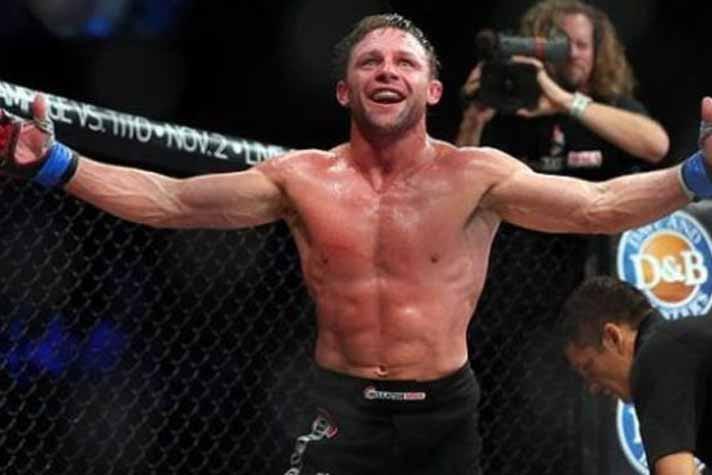 The Bill Farrell International will kick off tomorrow in New York City on the sixth floor of the New York Athletic Club and two of American wrestling greats are trying to make a successful comeback to the sport.

2006 World Greco-Roman champion Joe Warren has dusted off his shoes, and is taking one more shot at making an Olympic run. Warren also made a comeback to try to make the 2016 Olympic Team. Until recently, Warren had been focusing on a successful career competing in mixed martial arts. Warren has 1 world championship and 1 world cup gold to his credit.

Both Warren and Lampe are seeking to qualify for the 2020 U.S. Olympic Team Trials through the Bill Farrell event.

Warren has been pursuing an MMA career, while Lampe has been out of competitive sport for a few years.

The highest domestic medalist at each weight class that has not already qualified for the U.S. Olympic Team Trials will earn a spot in the field at the event, April 4-5 at Penn State.

Due to the stakes being so high and the fact that many wrestlers are making the transition from the non-Olympic weight classes to one of the six Olympic weight classes in each style, some of the brackets are absolutely loaded. This preview will give a brief overview of some of the fantastic U.S. competitors that spectators should expect to see over the next two days.

50 kg
The most intriguing entry in the 50 kg bracket is two-time World bronze medalist Alyssa Lampe. Her last World medal came in 2013 at 48 kg, but she also took bronze in 2012 at 51 kg. She has not wrestled much since the 2016 Olympic cycle, but she did compete at the 2019 Poland Open.

Other entrees to watch for are current National Team members, Victoria Anthony and Amy Fearnside. Anthony, a two-time Junior World champion who finished fifth at the 2013 World championships at 48 kg, is No. 2, while Fearnside is No. 3. 2018 Cadet World champion Emily Shilson is another wrestler to keep an eye on.

53 kg
This weight class currently has three National Team members registered, No. 2 Katherine Shai, No. 3 Haley Augello, a 2016 Olympian, and the No. 3 at 55 kg, Areana Villaescusa. Shai returned to action last year after a long layoff due to having a child, and has looked very strong. Another wrestler to watch is Elite Accelerator Program athlete Tiare Ikei, the 2019 U.S. Open champion and 2018 Cadet World bronze medalist.

57 kg
Another National Team member testing a new weight class is Lauren Louive, who is currently No. 2 at 59 kg. Others to watch in the bracket include Alex Hedrick and Ronna Heaton. Hedrick was the 2018 U.S. Open champion and No. 2 on the National Team that year. Heaton is a 2015 Cadet World champion.

76 kg
This is a relatively small bracket, but that doesn’t mean its lacking talent. The current No. 2 and No. 3 on the National Team, 2019 U.S. Open champion Precious Bell and Hannah Gladden are the top domestic competitors. Another wrestler to watch is 2019 WCWA champion Dymond Guilford.

67 kg
2006 World champion Joe Warren has dusted off his shoes, and is taking one more shot at making an Olympic run. Warren also made a comeback to try to make the 2016 Olympic Team. Until recently, Warren had been focusing on a successful career competing in mixed martial arts. Others to watch include Michael Hooker, the current No. 3 National Team member at 72 kg and Alex Sancho, a three-time National Team member.

77 kg
Two wrestlers who are No. 2 at other weights will both being trying their hands at 77 kg, the No. 2 at 82 kg Kendrick Sanders and No. 2 at 72 kg Alex Mossing, Another stud in the bracket is Penn State’s Mason Manville, who is taking an Olympic redshirt year. Manville was a 2017 Senior World Team member and a 2014 Cadet World champion in freestyle. A 2018 Junior World medalist at 87 kg, Andrew Berreyesa is taking an Olympic redshirt from Cornell, and also has the potential to make some noise.

87 kg
2019 World Team member Joe Rau is one of three current Senior World Team members competing in the Greco-Roman tournament. He also made a World Team in 2014. A two-time World Team member and the current No. 3 at 87 kg, Patrick Martinez, is another talented wrestler with the potential to win. Another wrestler not to overlook is Alan Vera, formerly of Cuba, who was the outstanding wrestler at last year’s Dave Schultz Memorial International.

97 kg
G’Angelo Hancock is another 2019 World Team member that will be competing in the tournament. Hancock has been a member on seven different World Teams across age-group levels and is a 2016 Junior World bronze medalist. Lucas Sheridan, the current No. 2 who fell to Hancock in Final X, will also be competing.

130 kg
Current World Team member and 2018 World silver medalist Adam Coon headlines the heavyweight division. In the past, Coon has wrestled both freestyle and Greco, but this year he is solely registered in Greco-Roman at this event. Others to watch for are Jacob Mitchell who is No. 3 on the National Team and Tate Orndorff, who is also registered in men’s freestyle. Orndorff is currently wrestling for Utah Valley University and was a member of the U23 Greco-Roman World Team.

57 kg
Nahshon Garrett won the 61 kg World team spot in 2018 over Joe Colon, but was injured and unable to compete at the World Championships. Colon went on to earn a bronze. Now down a weight class, Garrett must be considered a frontrunner. Other interesting entries include No. 3 on the National Team, Darian Cruz, a 2017 NCAA champion, 2019 NCAA champion Nick Surinao, and 2018 NCAA champion Seth Gross.

Suriano defeated Colon at 61 kg in a Beat the Street exhibition match in May, and is currently taking an Olympic Redshirt at Rutgers. Gross is in his final season of eligibility at the University of Wisconsin. He has competed at 141 pounds and 133 pounds collegiately, so how he handles this weight drop should be telling. Gross was a 2012 Cadet World Team member and a 2016 Junior World Team member.

65 kg
Frank Molinaro, fifth at the 2016 Olympics, will look to start off strong on his journey to a second Olympic Team spot. He is currently No. 3 on the National Team. The always-entertaining Jordan Oliver is another wrestler to watch in the bracket. Oliver recently moved his training from Cornell to North Carolina. Young star Josh Saunders, another EAP athlete, will also try his hand at the senior level.

74 kg
On paper, Isaiah Martinez, the current National Team No. 2, is the favorite in the bracket. A two-time NCAA champion and two-time runner-up, Martinez could face steep competition from young talent. Vincenzo Joseph, who defeated Martinez in the national finals twice, will try his hand at freestyle while completing his final season at Penn State. Also competing out of the Nittany Lion Wrestling Club is three-time NCAA champion Jason Nolf, the current No. 3 on the National Team.

One wrestler many people are anxious to see is 2018 Junior World Champion Mekhi Lewis. After winning an NCAA title over Joseph as a redshirt freshman at Virginia Tech, Lewis is taking an Olympic redshirt this season.

86 kg
Saturday will mark Alex Dieringer’s debut at 86 kg. The three-time National champion for Oklahoma State has been the No. 2 wrestler in the country at 79 kg behind two-time World champion Kyle Dake. Dieringer has been a terror at international tournaments, and if he can handle the bump, should be force to be reckoned with. Others to watch at this weight include U23 World Team member Myles Martin and 2017 U23 World team member and 2011 Cadet World bronze medalist Sammy Brooks.

97 kg
Kyle Snyder will be competing in his first tournament since moving from the Ohio RTC to the Nittany Lion Wrestling Club. Snyder has already cemented himself as one of the greatest American wrestlers of all time with an Olympic Gold, two World golds, a World silver and most recently a bronze from the 2019 World championships.

Looking to challenge the top dog will be No. 2 at 97 kg, Kyven Gadson, No. 3 at 97 kg, Ty Walz, a 2017 U23 World bronze medalist, and No. 3 at 92 kg Michael Macchiavello. Hayden Zillmer, a former National Team member in freestyle and Greco-Roman, will also be in the bracket.

125 kg
Six-time National Team member Dom Bradley will attempt to stave off the younger up-and-comers to claim the title and earn the Olympic Team Trials berth. 2019 NCAA champion Anthony Cassar of Penn State will look to make an impact at the Senior level while taking the weekend off from college wrestling. Cassar was a 2015 Junior World Team member. Recent Maryland graduate, Youssif Hemida, is another wrestler worth keeping an eye on. Hemida is a 2018 U23 World silver medalist.