Kashmir to Kanyakumari: 5 Indian wrestlers who have shifted training base to train for Tokyo Olympics 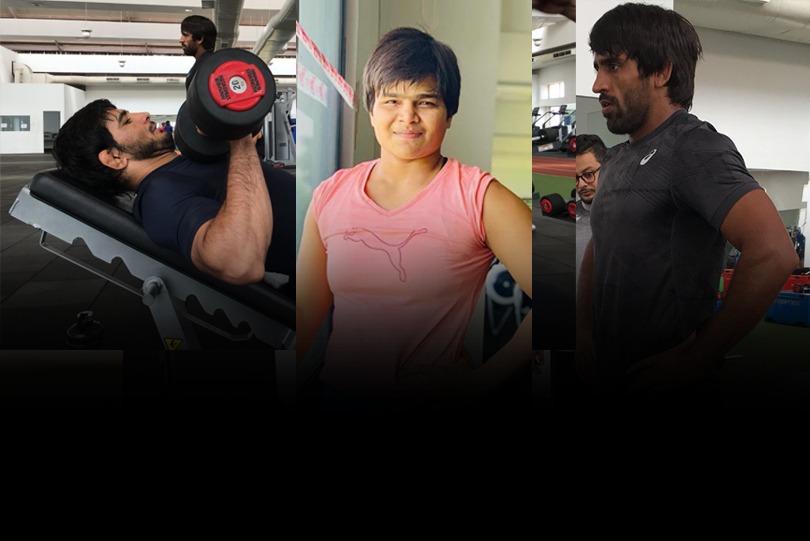 Three months without proper training and competition due to covid-19 is a long time for wrestlers who have spent all their life following one mantra — Eat, Sleep, Train, Repeat !! But as soon as the unlock process started, some Indian grapplers were quick to move to different places to begin training for the Tokyo Olympics. While some have moved to the southern part of India, others have moved up north to train. Here are 5 Indian wrestlers who have shifted their training base to commence Mission Tokyo Olympics.

Divya Kakran moves to the Himalayas
She was probably the first wrestler from the senior team to move her base. The Asian champion for three months trained in New Delhi. But after her coach Vladimir Mestvirishvili returned to Georgia due to the rising cases of coronavirus in the national capital, Kakran also decided to leave the city. She moved a secluded village of Himachal Pradesh, Harabagh to train. She has dug up the earth to make a wrestling pit and now practices sparring with his younger brother Deepak. “I booked a car and came here with my friend Neena and my younger brother Deepak. My friend is from this town, so that’s why we were able to get permission to come here. The Himachal government isn’t letting people in if they aren’t residents of the state,” she says.

Bajrang Punia travels to the Deccan Plateau
India’s golden boy Bajrang Punia spent his entire lockdown in an apartment training with fellow wrestler and Asian championship silver medallist Jitender. But as soon as the Indian government relaxed the flying restrictions, he flew to Vijaynagar, Karnataka to train. He is now training under Cuba’s 2004 Olympic champion Yandro Quintana. Punia’s coach Shako, on the other hand, is providing the plans and routine to him.

Jitender joins Bajrang in training
The two are best friends and they eat together and train together. Both Punia and Jitender are currently training in Inspire Institute of Sports (IIS). Jitender is currently the top-ranked wrestler in 74kg freestyle. He is the Asian silver medalist and has his eyes set for the Asian Qualifiers which are scheduled to take place next year in March.

Ravinder returns to Delhi
The youngster spent his entire lockdown at the rehabilitation centre in Bangalore taking care of his shoulder injury. But as soon as the lockdown was lifted, he returned to Delhi. He was put under quarantine for 14 days as per the protocol after which he will begin training in a local akhada near his home.

Sandeep Tomar moves to the Coromandel coast
Sandeep Tomar has moves to Coimbatore where he will be training with experienced coaches of the Indian Navy.