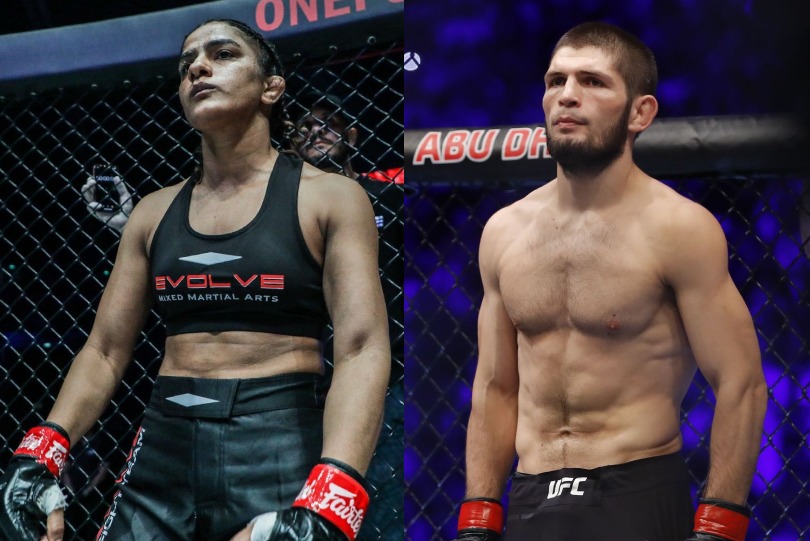 When it comes to who the G.O.A.T is in the world of mixed martial arts, there are not many above UFC lightweight champion Khabib Nurmagomedov. In contrast to him, India’s Ritu Phogat is a long way before she can become a serious contender to be tagged amongst the best. But Khabib’s manager Ali Abdelaziz thinks, she has the potential to get listed in one.

“Ritu is developing but I know who she is. She’s very tough but she’s still early in her career. I think she’s a world-class athlete,” Abdelaziz said of Ritu, a former silver medallist in the  U-23 Wrestling World Championships, reported ESPN.

Abdelaziz, who is the CEO of Dominance MMA manages some of the best fighters in the world including interim lightweight UFC champion Justin Gaethje, Welterweight champion Kamaru Usman and former bantamweight and flyweight champion Henry Cejudo. He said, “I think if she gets the right team behind her, the right coaches and makes the right moves, she can be a world champion. I really do,” ESPN report added.

One Championship to resume, Ritu’s next opponent

Ritu will challenge the Undefeated Phenom Stamp Fairtex when One Championship resume on July 31. Ritu has had a perfect start to her MMA career and beating Fairtex would be a big win for her. “Stamp is a very talented athlete. I really like her zeal for martial arts,” Ritu Phogat said. “She is already a World Champion in two sports, and there is so much to learn from her.”

The Thai fighter is currently 4-0 and has claimed two world championships in ONE including the Atomweight Muay Thai and Kickboxing title. Fairtex aspires to claim gold at One Championship MMA and create history by winning titles in three different sports. However, the Indian Tigress has made up her mind to derail the Thai kickboxer’s attempt and become the new emerging star in the atomweight division in the process.

“We both have our strengths,” Phogat said. “She has more experience in the Circle than me right now, but I think both of us will have to adapt to different styles, as she is very good in Muay Thai and kickboxing, so she will definitely take the game to her strengths. When I face her, I have to definitely step up my game in striking.” There is no path to a World Championship that is easy. “The Indian Tigress” knows she must topple all challenges to earn her place among the elite.

“My dream is to become World Champion one day, and to do that, I have to go up against every top athlete here and win,” the Evolve MMA representative said.“I have kept a schedule for myself, and I am following it strictly. The schedule includes functional training like yoga, cardio, and strength.“My coach gave me a few drills to do at home to sharpen my focus and movements, and eventually, it will help in improving my skills. Also, I am shadow boxing and practicing my kicks a few times a week to improve my movements.”

If Stamp is next for “The Indian Tigress,” everyone can expect her to be ready for the battle. “So whenever ONE decides to get me a match with Stamp, I promise you I will be ready to face her,” Ritu Phogat stated.