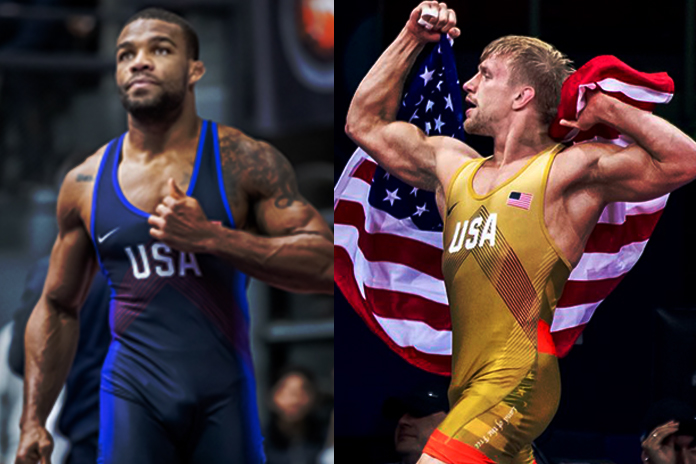 As expected, the recently crowned world champion in 79kg weight category is moving to 74kg. The move we all thought was coming has been confirmed. Cornell head coach Rob Koll stated plainly in a recently distributed newsletter that freshly minted two-time world champion Dake will be moving down a weight class in his quest for a gold medal at the 2020 Tokyo Olympic Games.

This is the same weight category where the king Jordan Burroughs represented USA at the recently concluded world championships. This means it will be either Jordan or Dake who will be seen in action at Tokyo 2020. India’s two time Olympic medallist Sushil Kumar is also trying to qualify for Olympics in the same weight category but unlike the wrestlers from USA, India still has to book their Olympic ticket in the category of 74kg.
Wrestling fans can catch Live Streaming, Highlights, News, Videos, Photos, Results and Rankings on WrestlingTV

As a returning medalist at an adjacent weight class, Dake has already qualified for the Olympic Team Trials and will receive a bye to the semifinals. Should he win two matches at the trials, he’ll face Jordan Burroughs for the team spot in a best two-of-three series for the Olympic team spot. Burroughs won a bronze medal at Nur-Sultan in the 74kg.