Let’s not talk about boycott but dropping shooting from CWG also unfair: Sakshi 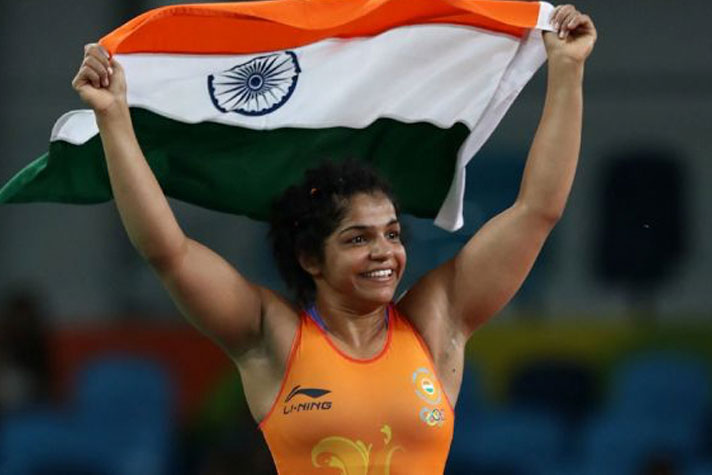 August 8, 2019 0Comments 1171Views 0Likes
Olympic medal-winning wrestler Sakshi Malik does not endorse the Indian Olympic Association’s call for a boycott of the 2022 Commonwealth Games but at the same time feels that dropping shooting from the event’s roster is “wrong on the athletes.”

The Indian Olympic Association last week proposed boycott of the 2022 Birmingham CWG for dropping shooting from the roster, and sought the government’s approval.

“Let’s not say that we will boycott but I just hope that shooting is included and all of us going to Birmingham,” Sakshi told PTI on the sidelines of the launch of Asics sportswear here.

At the same time, Sakshi backed the IOA’s aggressive push to get shooting on the Games’ roster.

“Whatever decision IOA is planning to take is right because whichever sport is taken out, it is wrong on those athletes. And our shooters bring a lot of medals and I see it as an entire Indian contingent and even if one discipline is affected, it is unfair,” Sakshi said.

On to other issues and Sakshi slammed the Haryana government’s decision to “cut prize money” of the state’s athletes who win medals in international events.

“It is wrong to cut the prize money. We are working hard for the last 15-20 years and regularly winning medals at international events, and it would be very demoralising if our prize money is cut,” she said.

Sakshi made it to the World Championship, to be held in Kazakhstan from September 14-22, after she emerged victorious in the 62kg category at the recent trials. She is now looking to book an Olympic berth with a podium finish in Astana.

“I am aiming to book an Olympic berth with a medal at the World Championship. Top six wrestlers in each weight category qualify for the Olympics, but I am also eyeing a medal,” the Rio Olympics bronze-medallist said.

The 26-year-old said she was certainly aiming to change the colour of her medal at the 2020 Tokyo Games but her first goal was to qualify for the Olympics.

“If you manage to qualify at the World Championship, it gives you almost a year’s time to prepare for the Olympics and plans things well in advance. Although for the last Olympics, I qualified in the final qualifying event and still won a medal.

“In case, I do not qualify for the Olympics at the World Championship then I will prepare for the next qualification event,” Sakshi said.

Sakshi hardly had to break a sweat during the recent trials but she insisted that there is a lot of potential among the younger lot.

“There are a lot of wrestlers coming up across all categories. I would say my experience helped me during the trials. Moreover, it takes time for the youngsters to make a place. But there is certainly a lot of potential.”

Ahead of the World Championship, Indian wrestlers would be competing in Bulgaria from August 7.

“I need to work more on my technique for the Worlds and not that much on power. Fitness is a continuous process.

“Mentally also you have to be very strong. No matter how physically strong you are, until your mind works properly, it is not possible to do well in any sports. And since it is a contact sport, it becomes even more important to be mentally alert.”

Sakshi had won her Olympic bronze in the 58kg category at Rio de Janeiro but now she has moved up to 62kg weight division.

Asked if this category would pose a tougher challenge, she explained: “It is not such a big issue. The world body changes rules every four years.

“There is also a change in weigh-ins. Earlier, the weight-ins used to happen a day before but now they happen on the same day, which is a little tough. But as far as the competition in 62kg is concerned, there is not much difference. There are more or less same wrestlers.”

She conceded that the competition at the World Championship is going to be very tough with all countries participating.

“I do not want to rate my chances because in our sport things can change in matter of seconds. It is very difficult to maintain high intensity for six minutes. Even if you lose concentration for a few seconds, you can lose points,” she signed off.