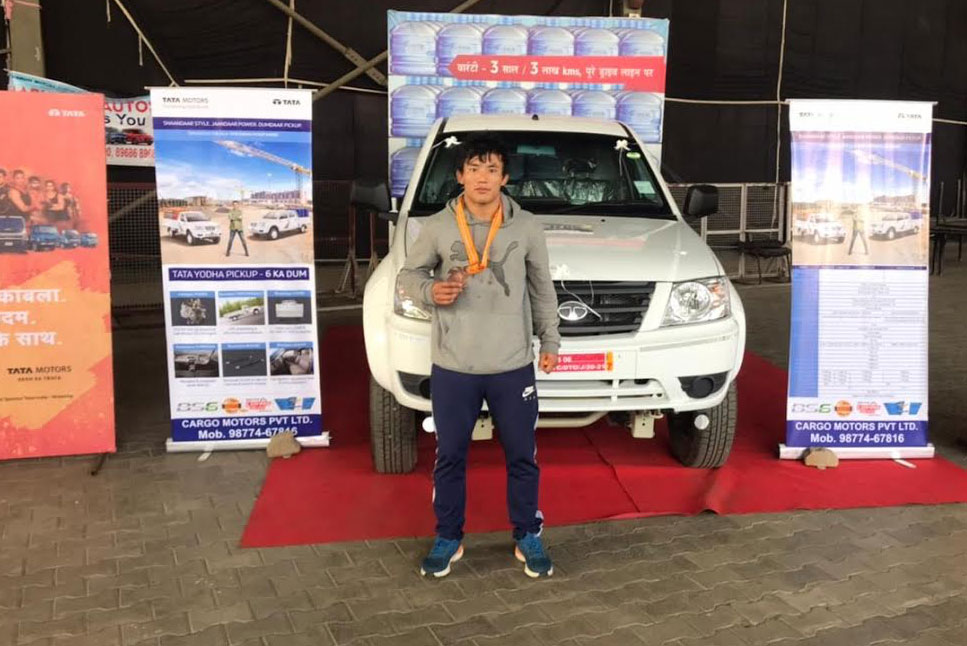 On Sunday, Manipur-wrestler Taibanganba battled past pressure to etch his name in Indian wrestling after winning a bronze medal in the Greco Roman 63kg weight division at the National Championship. He is currently the only wrestler from North-East who will be taking part in the senior men’s national camp in Sonepat. But wrestling was never his first love. Taibangnba hails from Imphal where boxing and football are the primary sports. And he chose gloves over boots to emulate the success of MC Mary Kom at Tokyo Olympics. However, an untimely injury forced him to leave his gloves and don the singlet.

“I started as a boxer and have won medals at the national level. A job was offered to me in the Indian Army, but I failed the medical due to an injury. So, they decided to transfer me into the wrestling team,” he said.

Taibangnba started wrestling in 2010 and won his first medal at the 2012 Nationals. From 2012 to 2014, he continued winning a medal at the national championship. In 2015, however, he withdrew from the services team due to an injury. For the next two year, the Manipur-wrestler struggled to retain the lost spot, but things changed in 2017.

“I adapted the sport quite easily, despite its demanding nature. In my second year of wrestling, I won a silver medal. The good run continued until 2014, but an injury forced me to withdraw from the 2015 nationals. Since then I struggled to regain the lost form.

“But in 2019, I finally broke the drought and won a bronze medal. It felt good to finally climb the podium,” he said.

Taibanganba believes that his camaraderie with Asian Championship bronze medallist Arjun Halakurki has helped him evolve as a wrestler. Between each bout, the Manipur-born would approach Arjun for advice. He reckons it proved to be a game-changer.

“I was nervous initially but Arjun helped me ease into the championship. Between bouts, Arjun and I would talk and he would give me suggestions on how my approach should be during different situations,” Taibangnba said.

He now eyes place in the Indian team for the Tokyo Olympics. Taibangnba will move down to 60kg weight class for the quadrennial tournament. His main competitor would be Sachin Rana, who also won bronze in the national championship. “I will now begin my preparations for the Tokyo Games. Will have to cut down three kilograms for it. The camp will be crucial as the trials for the Olympic Qualifiers are likely to take place next month after Matteo Pellicone Rome Rankings,” he sighed off.