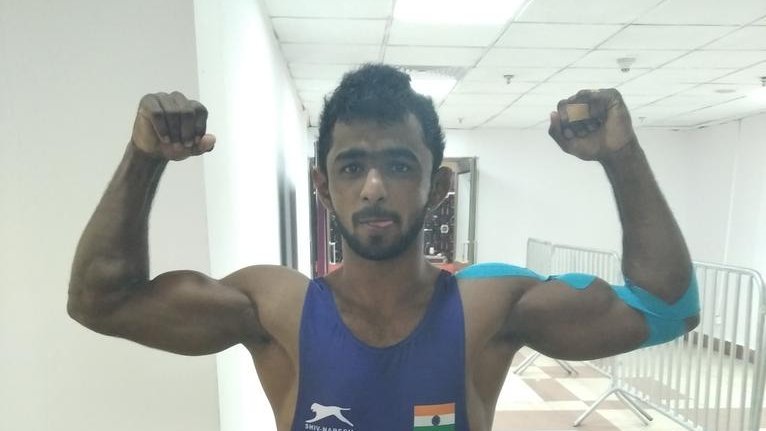 However, on the opening day (March 4), as many as seven Indian Greco-Roman wrestlers will take the mat including Sunil and Halakurki.

Arjun Halakurki (GR-55kg): The 23-year-old has had a decent run of form in the last one year. After a bronze medal finish in the 55kg category in the Asian Championship in February last year, he exited from the quarterfinals in World Cup. But he would look to build on the experience and do better in the Pellicone.

Manish (GR-60kg): The former National champion (2017), Manish, will look to make the most of his first international tournament of the year. He will compete in the 60-kg Greco-Roman weight category.

Neeraj (GR-63kg): Former bronze medalist in the junior category of the Asian Championship, Neeraj is now moving up the ladder and is aiming to make a name for himself in the tough senior section. He will compete in the 67-kg weight category of the Greco-Roman.

Gaurav Duhoon (GR-67kg): Another junior wrestler navigating the tough senior waters is Duhoon. Matteo Pellicone will be great exposure for the youngster. He will compete in the 67-kg weight category in the Greco-Roman.

Sunil Kumar (GR-87kg): India’s best bet in the Greco-Roman wrestling, where the country hasn’t had much success, Sunil Kumar made India proud winning a gold medal at the Asian Championship last year. While he did not take part in the World Cup, he is still looking to be in the fray for the Tokyo Olympics. Pellicone will be the perfect place for him to get going and earn some crucial ranking points. He will also look to better his record in the tournament where he bagged a silver last time. He will compete in the 87-kg weight category.

Deepanshu (GR-97kg): Former junior Asian Championship bronze medalist, Deepanshu, will vie in the senior category. It will be his first international competition after moving to seniors. He will compete in the 97-kg weight category in the Greco-Roman.

Naveen (GR-130kg): The former Commonwealth Championship gold medalist hasn’t had great last few years. He has struggled to live up to the expectation. But at the Pellicone, in the 130-kg Greco-Roman wrestling, Naveen will aim to get his form back.